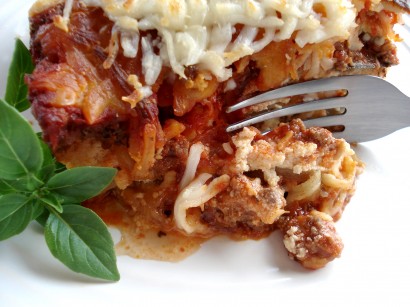 This is a great, healthy lasagna using eggplant in place of the noodles. It’s also phase one friendly on the South Beach Diet!

Rub the red bell peppers with 2 Tablespoons of olive oil and place them in an au gratin or similar baking dish. Roast just until the skins get a bit black and the skins separate. Remove from oven and place in a plastic bag. When they are cool enough to handle, remove the skins and seeds. Set aside.

Meanwhile cut each eggplant lengthwise, a little over 1/8” thick. You don’t want them too thick, or they don’t roast well but if they are too thin, they will stick to the roasting pan and get dry.
Oil a sheet pan and arrange with the slices of eggplant. Brush the tops with 2 Tablespoons of olive oil. Salt and pepper them, then roast for 10-15 minutes to soften. Remove from oven and cool.

While you are roasting the eggplant and peppers, cook the ground beef. Heat a skillet over medium high heat, add the ground beef, onions and garlic; season with basil and oregano. Cook until the ground beef is no longer pink.

Mix the ricotta, parmesan cheese and egg in a bowl. Blend well.

Arrange the ingredients in a 9” x 13” glass casserole dish by first spooning some of the marinara sauce on the bottom of the dish and spreading it around. Place 1/4 of the eggplant slices next and then spread on half of the ground beef mixture. Spread more sauce on top of the hamburger mixture and top with some mozzarella. Add another 1/4 of the sliced eggplant. Next spread on the ricotta mixture, spreading it around to cover the whole layer. Season with a sprinkling of basil, then top the ricotta with the roasted red peppers. Add another layer of eggplant, then the remaining ground beef mixture and a bit of the sauce. Add the remaining eggplant slices and cover with the rest of the marinara and mozzarella.

Bake 45 minutes until the top is golden brown and the sides are bubbly. 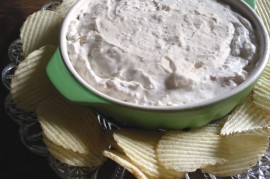 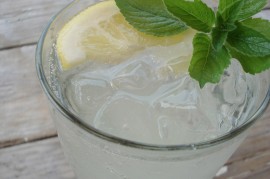 Find mainedish elsewhere on the web.

This looks so good! One of my family members is on a low-carb diet so I will try this soon.

I halved this recipe and put into a Pyrex 2.75 qt casserole – it worked perfectly for my family of 4. I recommend letting it sit about 10-15 minutes after removing from the oven to help it set-up a bit…

Thanks for the great recipe! 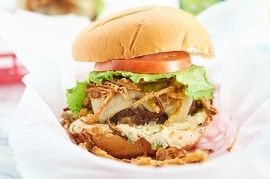 Because summer and burgers are a match made in heaven.
END_OF_DOCUMENT_TOKEN_TO_BE_REPLACED 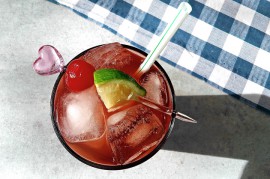 Cool and refreshing, here's one way to hydrate in style.
END_OF_DOCUMENT_TOKEN_TO_BE_REPLACED 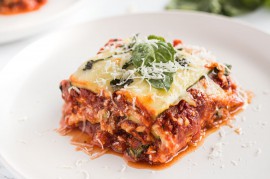 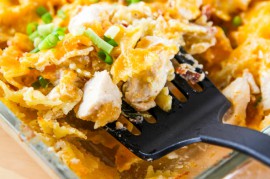 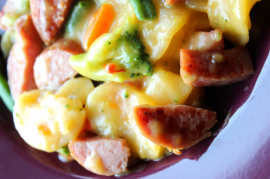 by Chanda | My Farmhouse Table in Main Courses
A recipe for Cheesy Sausage and Potatoes Casserole is a one-pan...
0.00 Mitt(s) 0 Rating(s) 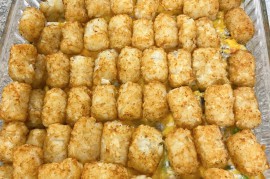 by Lexi in Main Courses
Tater tot casseroles are a great easy meal that the whole...
0.00 Mitt(s) 0 Rating(s) 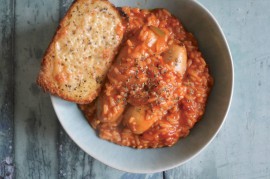