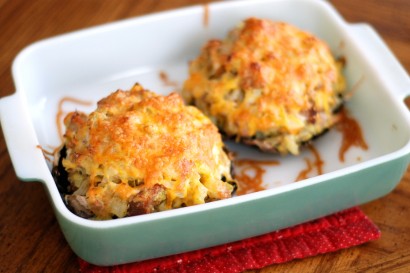 What to do when you have odds and ends of veggies and two beautiful portobello caps? Make stuffed mushrooms of course! The amount of filling in this recipe will stuff two large portobello caps, and easily feeds 4 with a loaf of crusty bread and a salad.

Wipe the portobellos clean with a paper towel and scrape out the gills with a spoon. Drizzle enough olive oil in the bottom of a glass baking dish to coat. Place portobello caps in the baking dish, top down, drizzle with oil, and set aside.

Brown sausage in a large skillet with a little bit of olive oil and the crushed red pepper over medium high heat.

While the sausage is browning, dice the onion, fennel, and bell pepper, chop the celery, and slice the garlic as thin as you can get it.

Remove the rosemary leaves from the stems and finely chop. Add the veggies and garlic and rosemary to the skillet and saute with the sausage until crisp-tender, about 5-7 minutes.

Add the wine to deglaze the pan and allow to cook for another 5 minutes or so.

Stir in the shredded cheese and bread cubes. The bread cubes should soak up whatever wine remains in the pan.

Taste it at this point, and add salt and freshly ground black pepper to taste (or more red pepper!). Stir in the beaten egg. The stuffing mixture should seem a little wet.

Mound stuffing mixture into portobello caps. It’s ok to pack it down a little bit to make sure that it stays in place.

Sprinkle with a little extra shredded cheese. Bake at 450F for 35-40 minutes, or until the portobello is tender and the stuffing is golden brown. 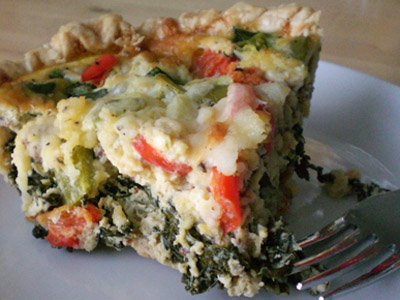 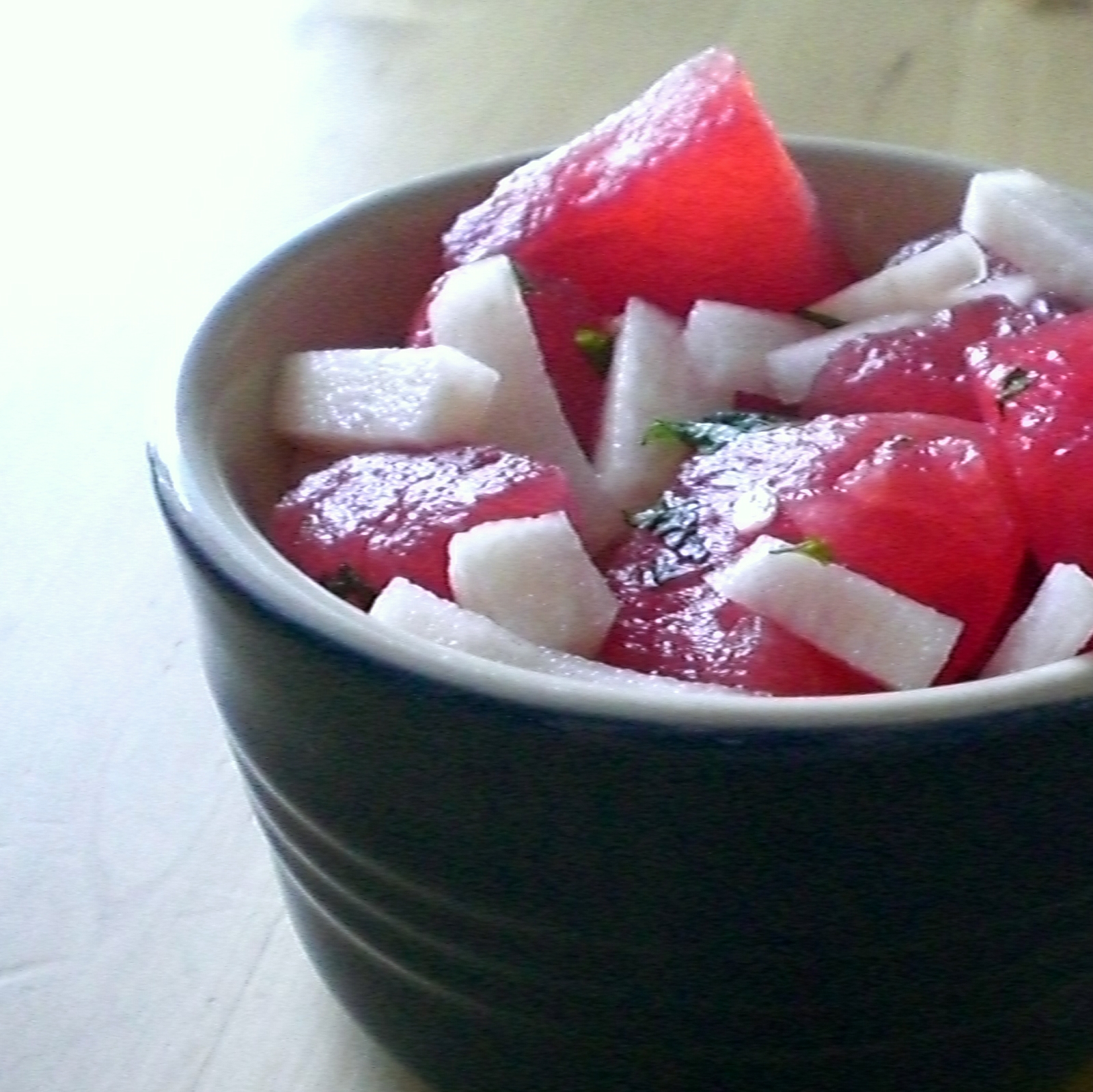 Minted Watermelon Salad with a Kick!

Very good! Pretty easy and quick to make too! We loved it and will be making it again!

So delicious. I used turkey italian sausage and it worked wonderfully. Will definitely make again. Thanks for a fabulous recipe!!

This recipe had excellent flavors. My family really enjoyed it. It made twice as much stuffing as needed to fill two portobellos, but we were okay with that! Also, I found that I didn’t need to cook the mushrooms as long as indicated by the recipe.

It may be tough to agree on which movie to watch, but an incredible snack is something everyone will love!
END_OF_DOCUMENT_TOKEN_TO_BE_REPLACED

Here's a quick and easy dish for those busy nights. Be a hero in 30 minutes or less!
END_OF_DOCUMENT_TOKEN_TO_BE_REPLACED