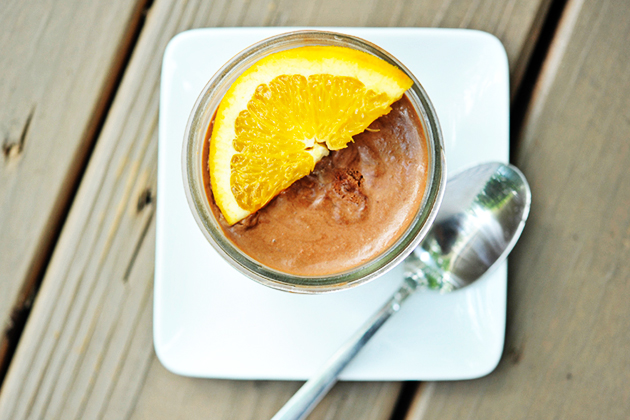 I found this scrumptious Chocolate Orange Mousse recipe from TK member Riley, who paired the classic flavors of orange and chocolate to create this easy dream of a dessert. The best part is that you can make them in Mason jars of many sizes instead of ramekins and simply screw a lid on top and save them for any day of the week. 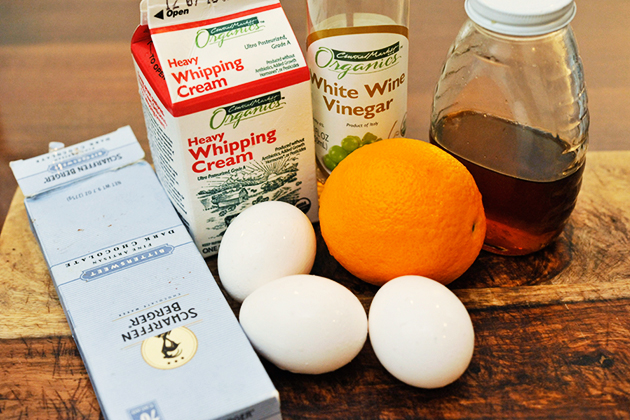 Here’s what you’ll need: heavy whipping cream, white wine vinegar, an orange, eggs (separated), dark chocolate, and sugar or honey (I substituted honey for the sugar the recipe calls for). 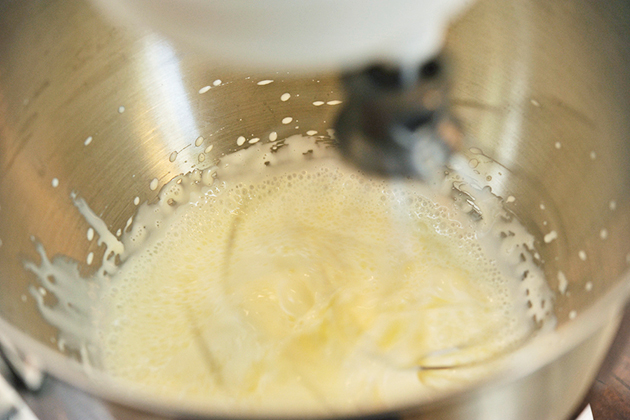  Whisk the heavy cream with an electric mixer on medium speed until soft peaks form. 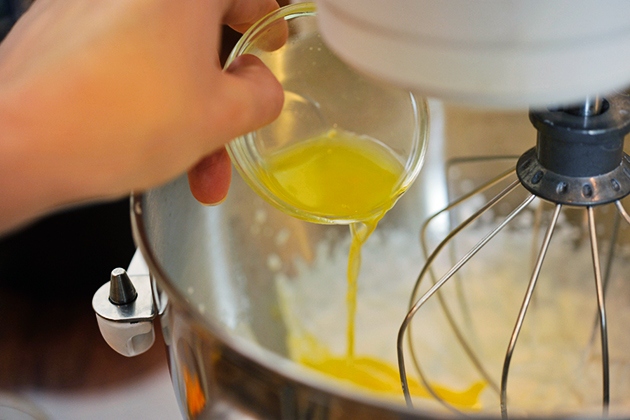 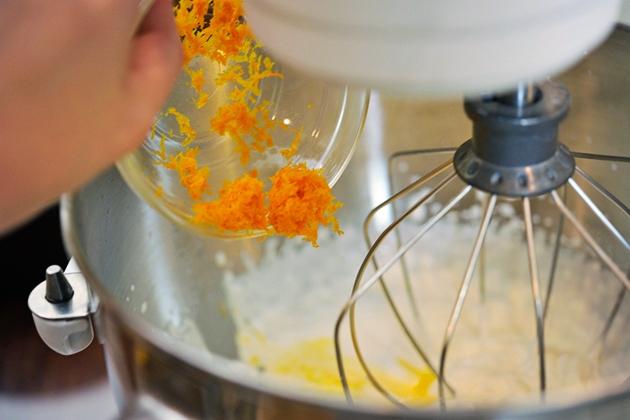 Then the orange zest. 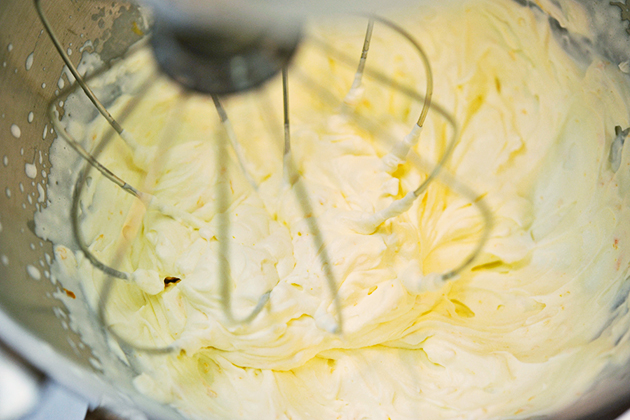 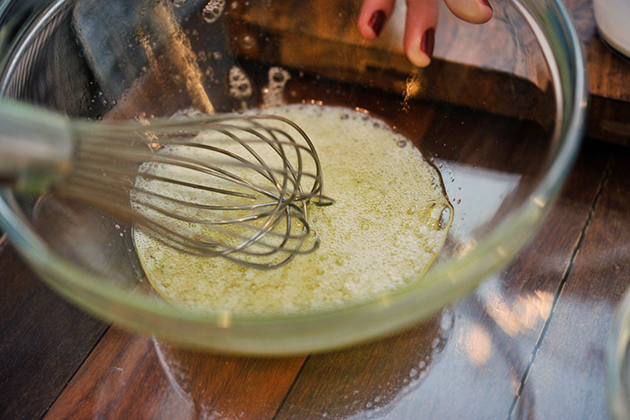 In a separate bowl, beat the egg whites and vinegar until frothy. 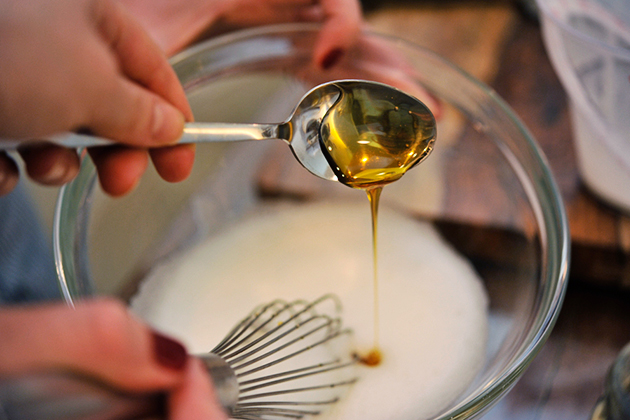 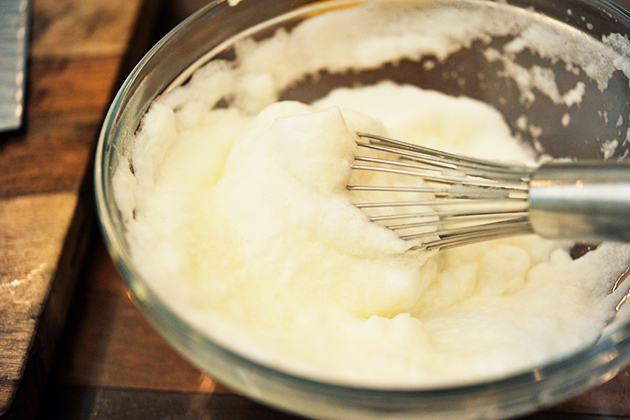 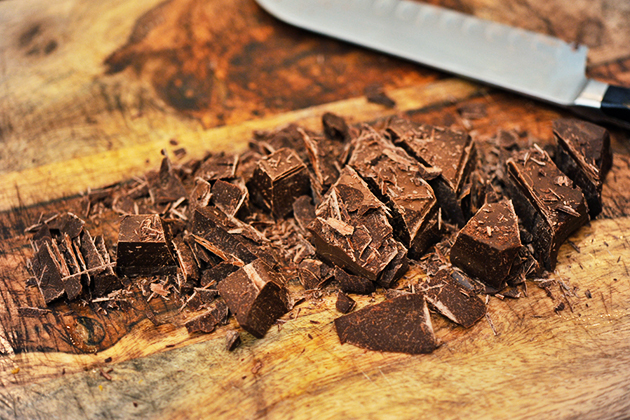 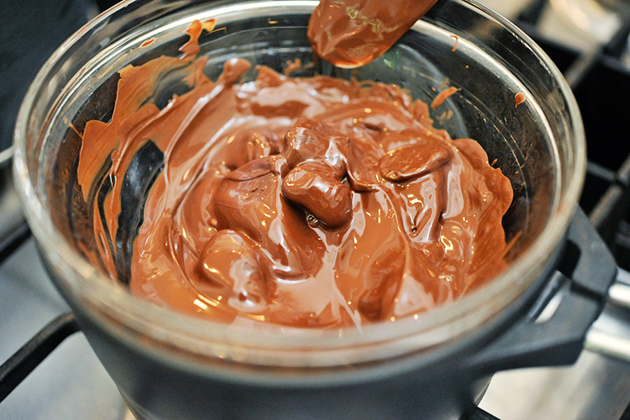 Melt the chocolate in a bowl that has been placed over a pot of simmering water, stirring until completely smooth. 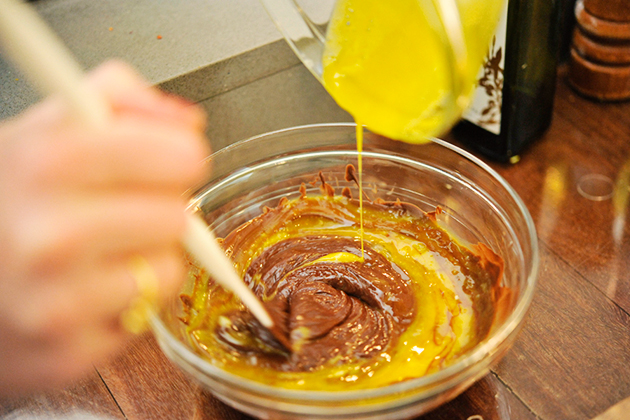 Remove from the heat, add the egg yolks, and whisk until fully combined. 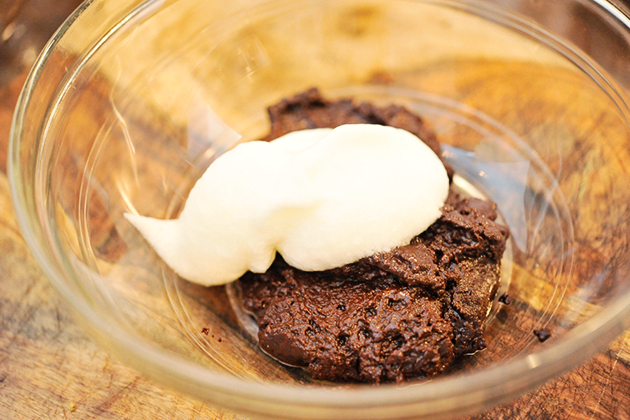 Whisk a quarter of the egg whites into the chocolate mixture to combine. 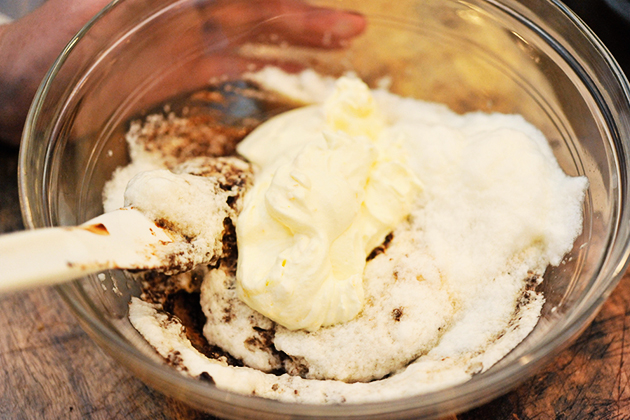 Gradually fold in the remaining egg whites in three parts. 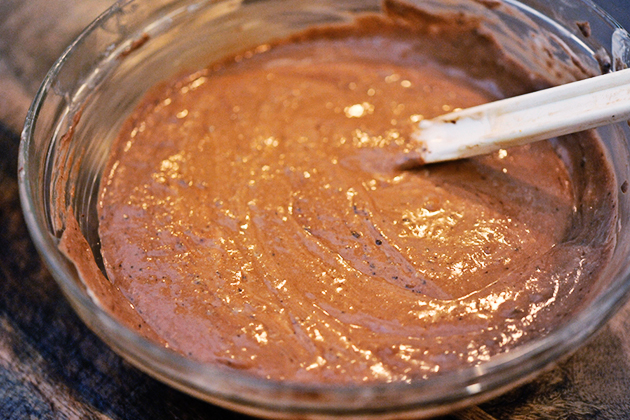 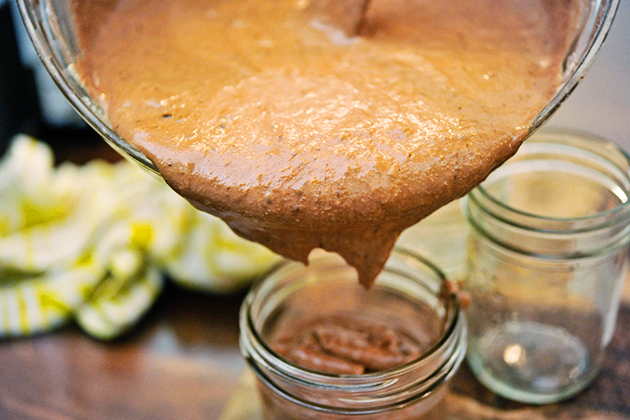 Pour the chocolate into ramekins. Then chill in the fridge for at least 2 hours, until firm. 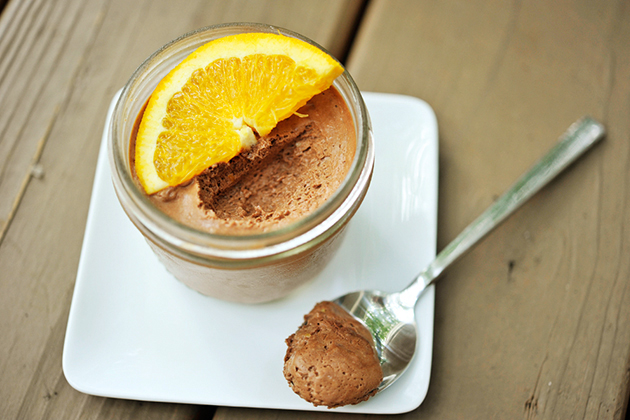  Garnish with a slice of orange and take a big bite! You won’t be able to put it away. Thanks for the recipe, Riley! For other easy crowd-pleasers, check out her blog My Daily Morsel. 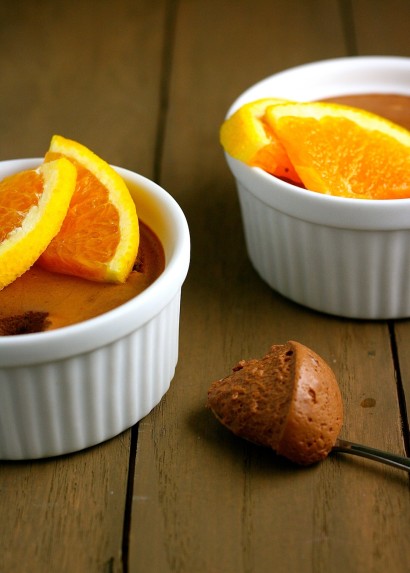 Beat the heavy cream in the bowl of an electric mixer fitted with the whisk attachment on medium speed until soft peaks form. Add the orange zest and orange juice and continue to beat until stiff peaks form. Set aside.

Beat the egg whites and vinegar in a separate bowl until frothy. Gradually add the sugar and beat until stiff peaks form.

Meanwhile, melt the chocolate in a large bowl placed over a pot of simmering water (or a double boiler), stirring until completely smooth. Remove from the heat, add the egg yolks into the melted chocolate and whisk until fully combined. Whisk one-fourth of the egg whites into the chocolate mixture to combine. Gradually fold in the remaining egg whites and whipped cream in three parts, mixing just until incorporated.

Divide the mixture between six 6-ounce ramekins and chill in the refrigerator for at least 2 hours, until firm.

Our only daughter is getting married April 27, 2014!! Such a bittersweet exciting time. We are looking forward to her starting her new life and yet her daddy is so sad. (HE DOES KNOW THAT HE WILL ALWAYS BE HER MAIN MAN)

Orange & Chocolate! One of my husbands favorite combos. I just may have to whip this up this evening for a New Years dessert toast!

This mousse. I mean, WOW. I would HAVE to make this in the presence of other people just to keep myself from eating it all!