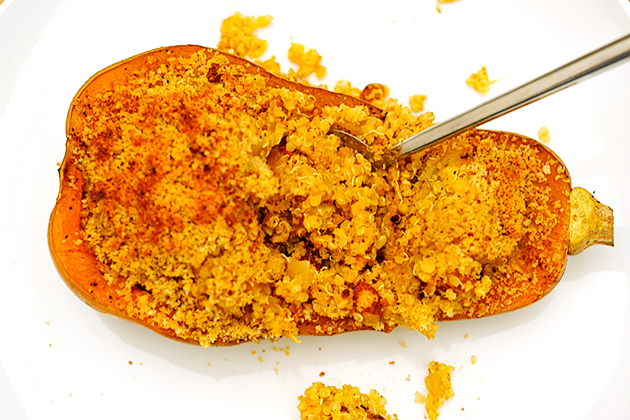 Seeing as superfood quinoa is all the rage these days, I was excited to try this Twice-Baked Butternut Squash with Quinoa, Pecans, and Parmesan recipe from TK member Jess. This deliciously comforting dish incorporates the season’s sweet butternut squash with cheese, pecans, and of course, the all-mighty quinoa. 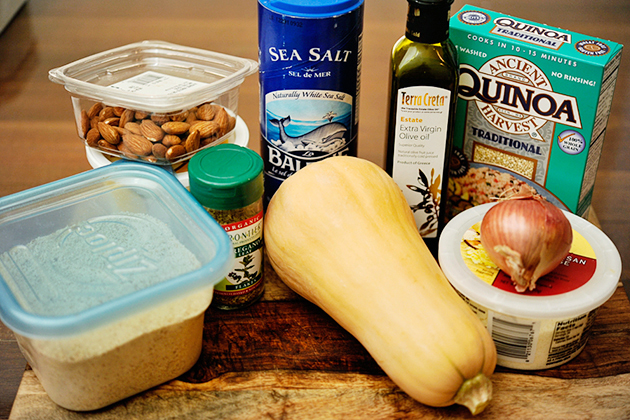 To make it, you will need: butternut squash, salt, pepper, water, uncooked quinoa, pecan halves (roughly chopped and toasted in a pan; I used almonds since I had those on hand), a shallot that has been chopped and sautéed in olive oil, dried oregano, panko breadcrumbs, unsalted butter (melted), and shredded Parmesan. 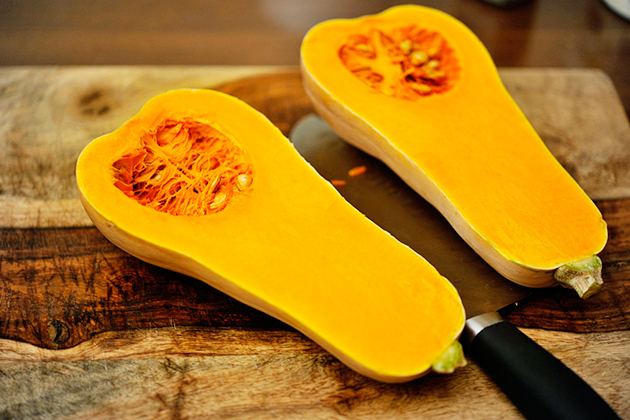 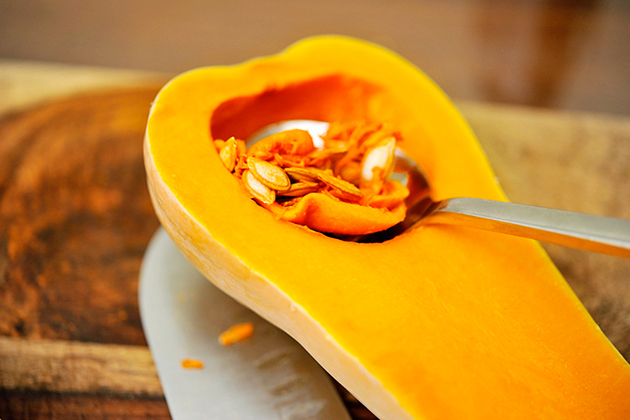 Scoop out the seeds. 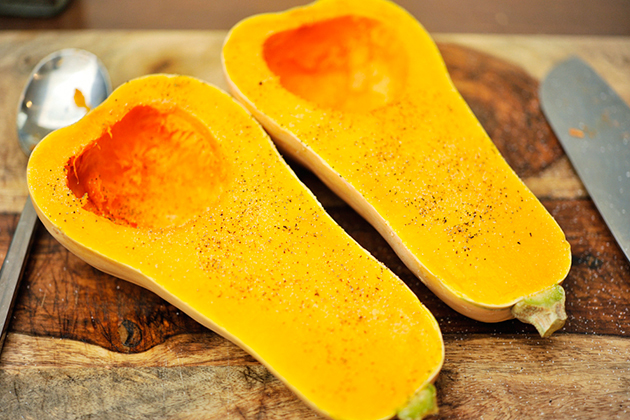 Sprinkle salt and pepper on top … 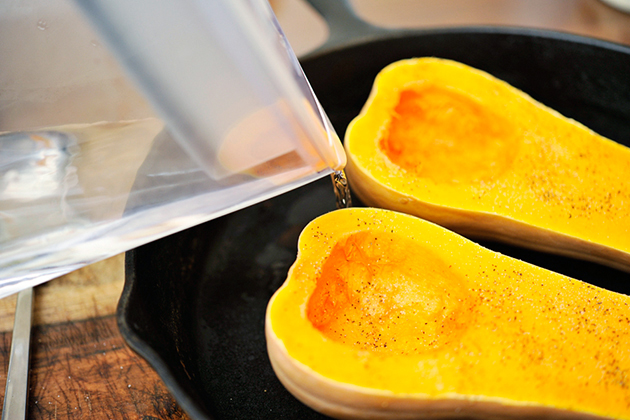 And place the squash halves cut-side up in a large baking dish. Pour ¼ inch of water in the bottom of the pan. 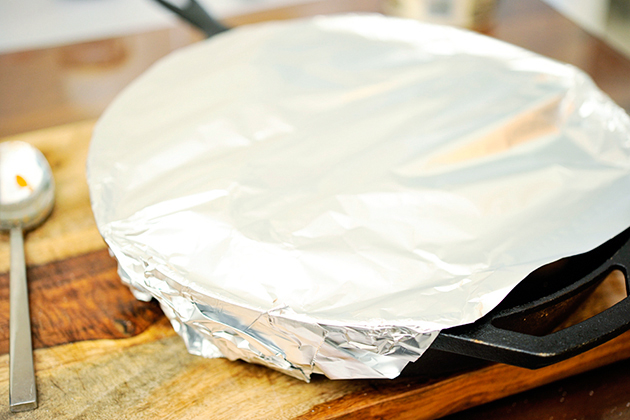 Cover tightly with foil. Bake for 30 minutes, or until tender, in an oven that’s been preheated to 450ºF. 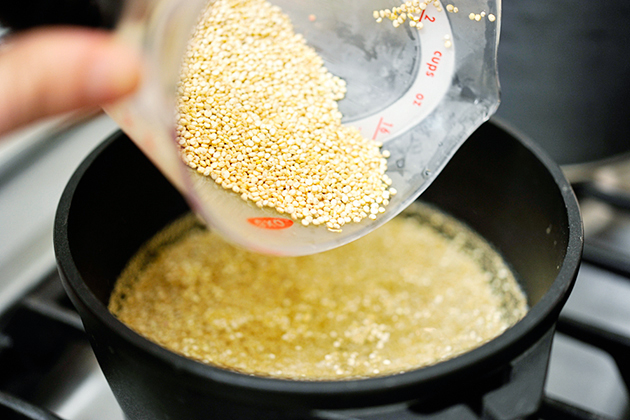 Meanwhile, prepare the quinoa according to the directions on the box. 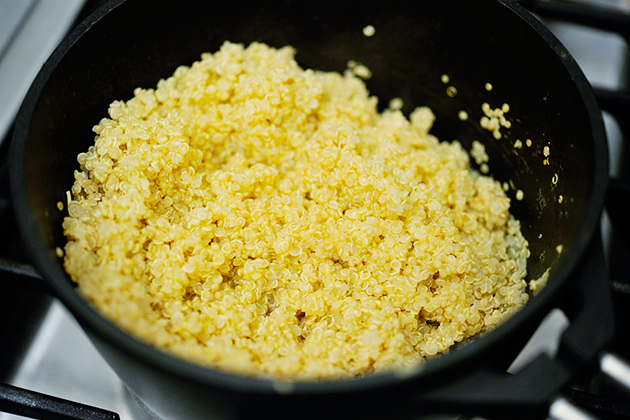 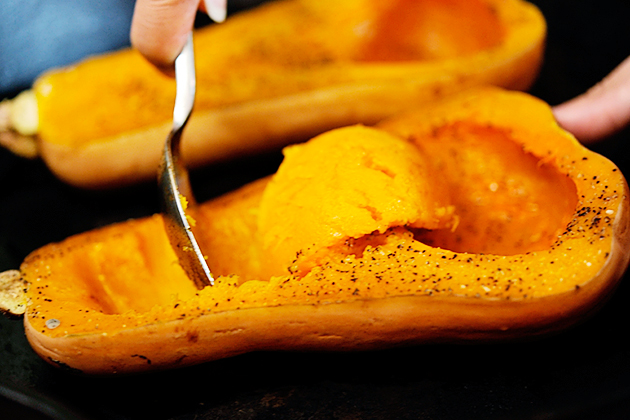 Scrape the flesh out of the roasted squash halves, leaving a layer of about ¼ inch. 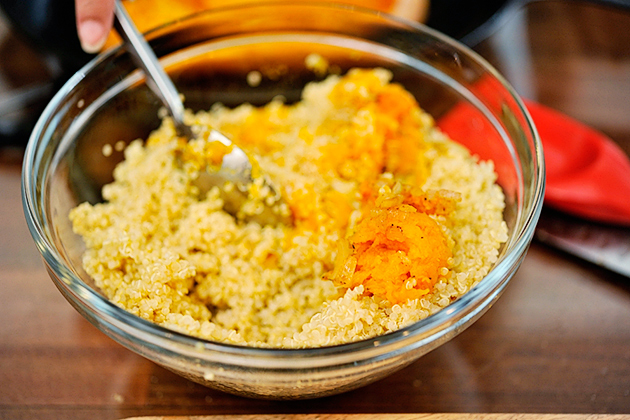 Then transfer the squash and cooked quinoa to a mixing bowl. 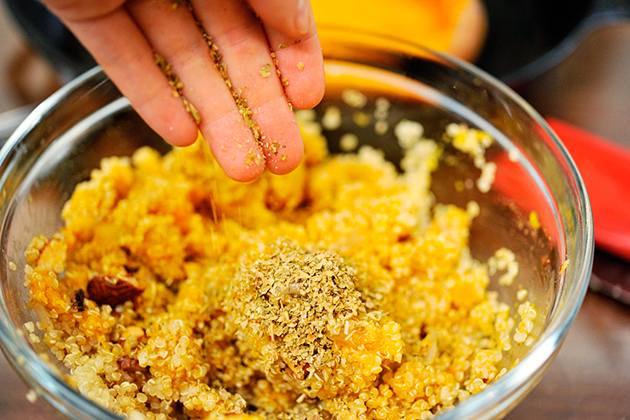 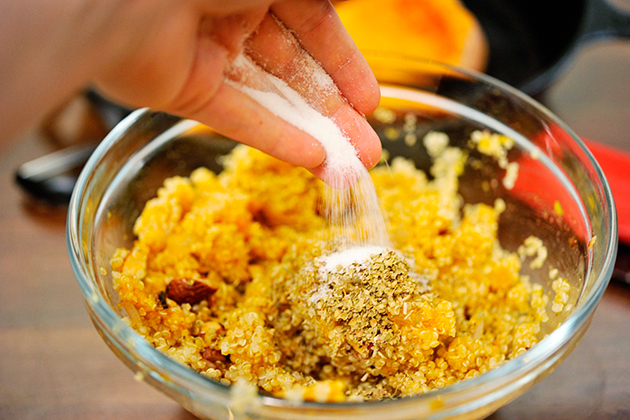 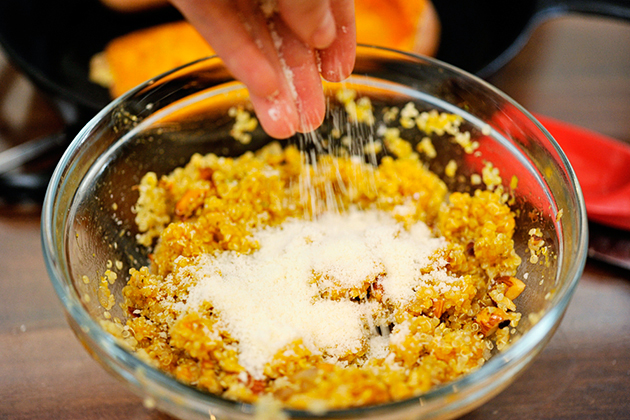 And half of the cheese. 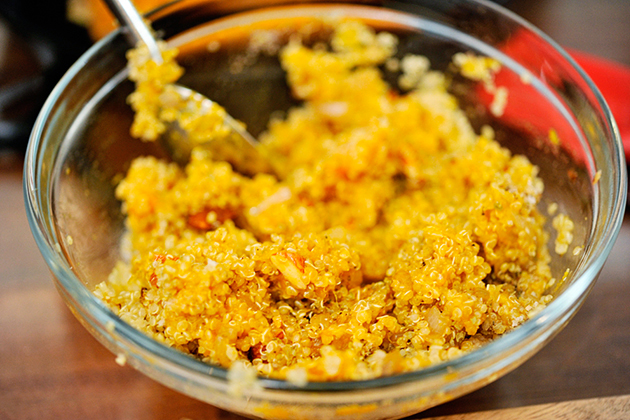 Stir it all to combine! 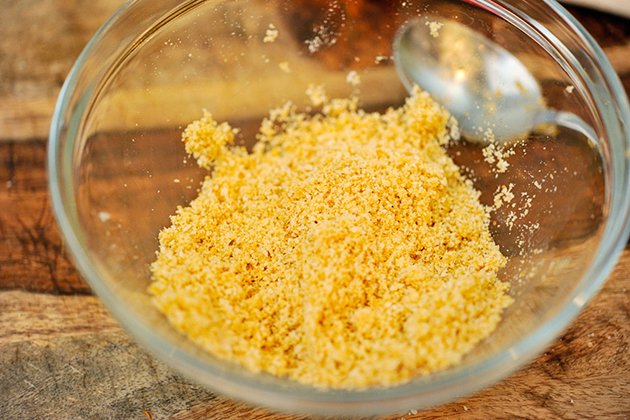 In a separate bowl, combine the breadcrumbs, butter, and remaining Parmesan. The breadcrumb topping will look something like this. 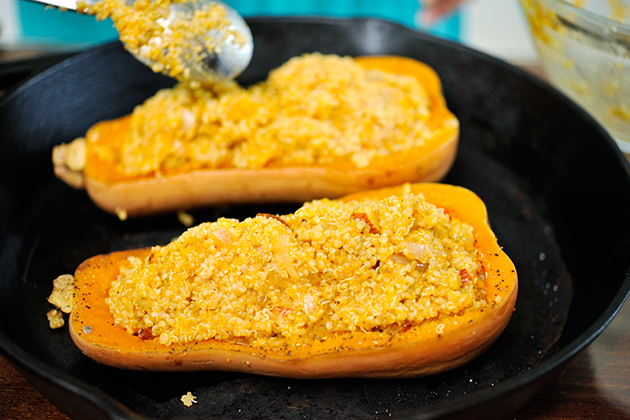 Spoon the squash mixture into the shells, making it as compact as you can. 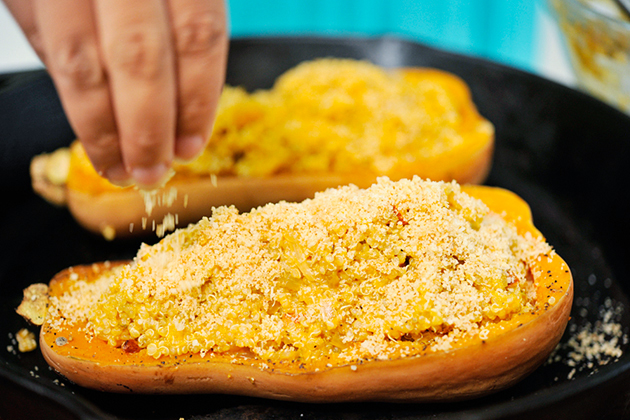 Sprinkle the breadcrumb mixture on top. Bake uncovered until the tops are browned, about 20-25 minutes.

You now have a flavorful and healthy dish to serve to your family. It is absolutely delicious! For more beautiful recipes from Jess, visit her Inquiring Chef website! She’s a Kansas native currently residing in Bangkok, and her site is just bursting with flavors from all over the world. 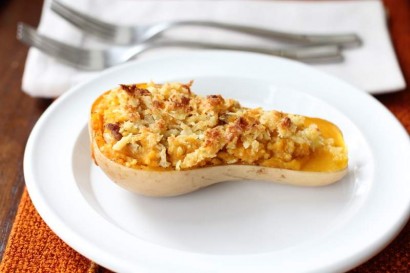 Stuffed butternut squash with quinoa, pecans and Parmesan cheese. A pretty side dish for a holiday meal.

Preheat the oven to 450 F. Wash the outside of the squash. Cut the squash in half lengthwise and scoop out the seeds (I use an ice cream scoop). Place the squash halves cut-side up in a large baking dish. Sprinkle the surface of the squash with salt and pepper. Pour ¼ inch of water in the bottom of the pan and cover the pan tightly with foil. Bake the squash until it is tender when pierced with a fork, 30-50 minutes depending on the size (my little ones were done in 30 minutes). Remove from the oven, discard foil and allow the squash to cool.

Meanwhile, cook the quinoa by bringing 1 and ⅓ cup water to boil in a small pot. Add the quinoa, reduce heat to a simmer and put a lid on the pot. Simmer for 15 minutes. Remove the pan from the heat.

Using a spoon or an ice cream scoop, gently scrape the flesh out of the roasted squash halves, leaving a layer of about ¼ inch of squash remaining in the shell. (Leave the squash shells in the baking dish.)

In a large bowl combine the squash, cooked quinoa, pecans, shallot, oregano and salt. In another small bowl whisk together the panko breadcrumbs and butter. Add 2 tablespoons of the Parmesan cheese to the panko. Add the remaining Parmesan to the squash mixture and stir to combine all of the ingredients.

Gently spoon the squash mixture into the squash shells. Sprinkle the panko and Parmesan mixture over the top. Return squash to the oven and bake, uncovered, until the tops are golden brown, 20-25 minutes.

This is brilliant! One serving of a full meal. Super food even. Will try this when I get me some quinoa soon.