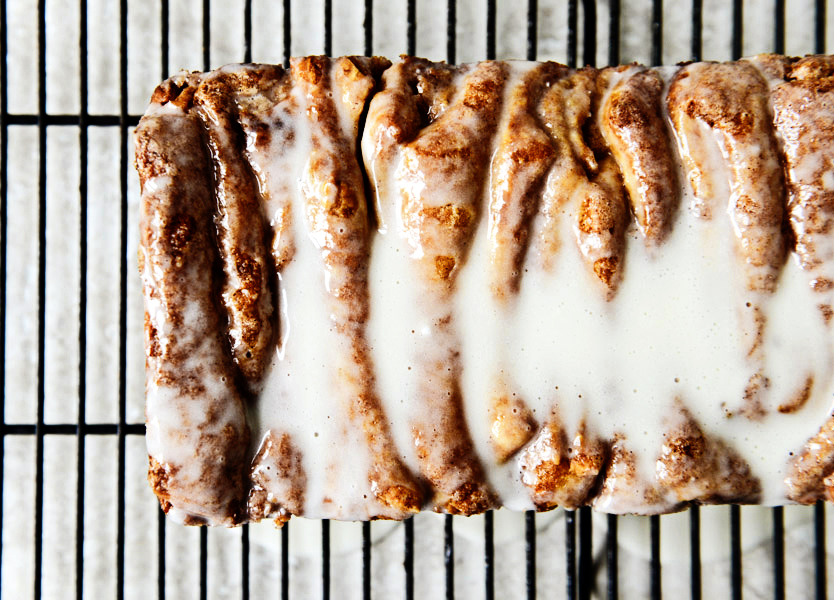 Pull-apart breads have been blowing up Pinterest for a few years now, and all I’ve gotta say is that I love it. Which truly is saying a lot because, if I’m being honest, Pinterest kinda stresses me out these days. There are just so many things! I browse Pinterest for all of seven minutes and instantly want to plan another wedding, buy a new wardrobe, put jewels on my nails, paint my TV stand robin’s egg blue, travel to Mykonos and design a killer party for a 3-year old kiddo that I don’t even have. And I’d like to do it all next week. It’s like complete sensory overload.

In the world of pull-apart breads, this cinnamon sugar version from TK member Fanny is a classic. A few years ago I made one filled with cheese (which was ah-mazing), but knowing the value in a good gooey, sugar-coated cinnamon bread is the key to all life’s problems. Right? 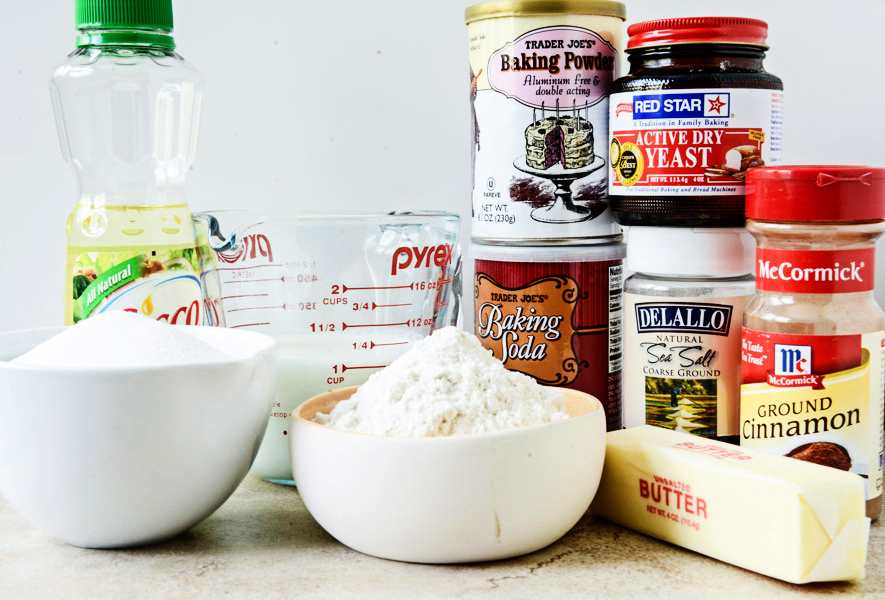 First, heat the milk, oil and sugar together, stirring until the sugar is dissolved and the liquid is slightly warm, but not hot. Remove it from the heat. 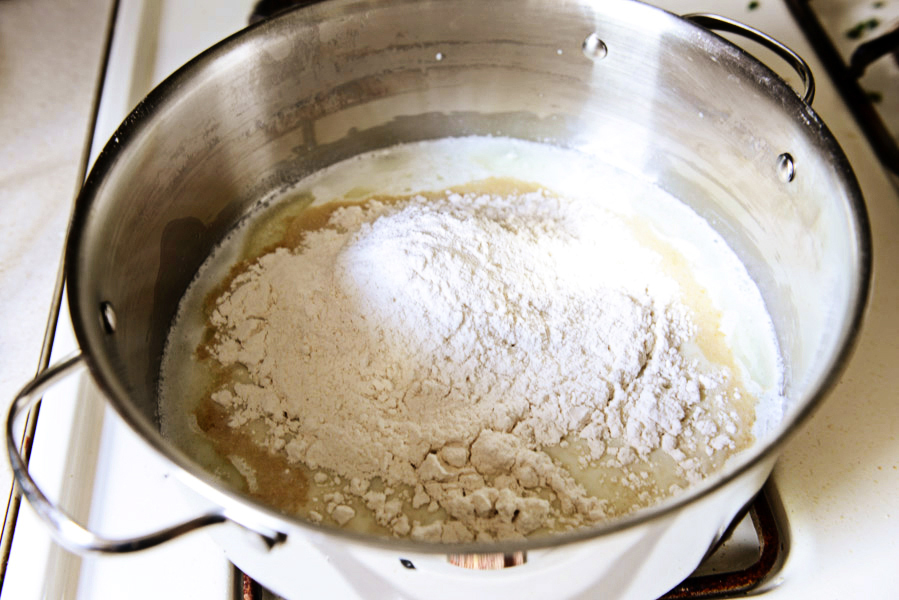 Stir in the flour and the yeast. At this point I was afraid that my pot was a bit too hot, so I transferred the mixture to a different pot and it worked perfectly. All in the name of saving cinnamon bread.

Cover the dough with a towel and let it rise for about an hour. 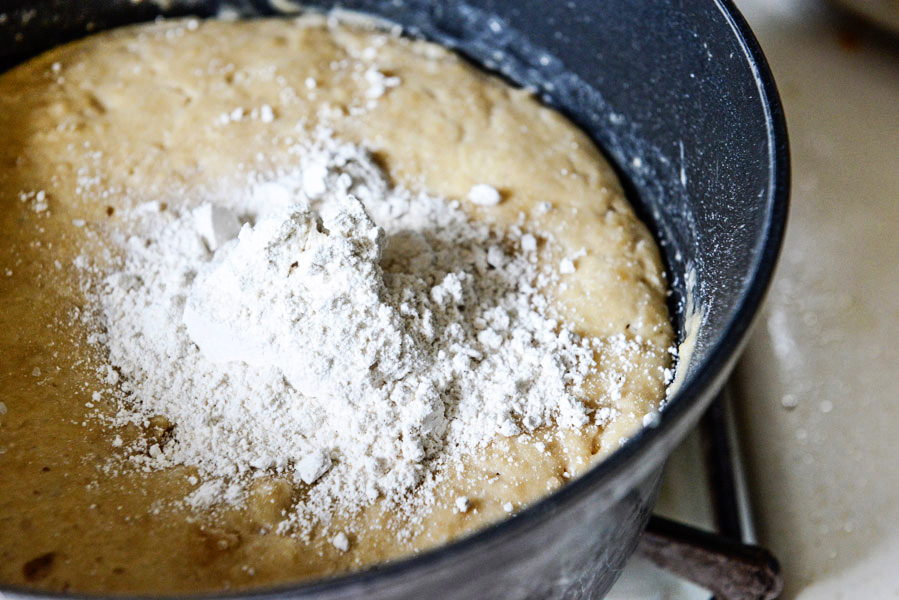 After an hour, stir in the remaining flour, baking soda, powder and salt. If the dough is super sticky, you can add a little extra flour if needed. I probably added in a tablespoon or two. 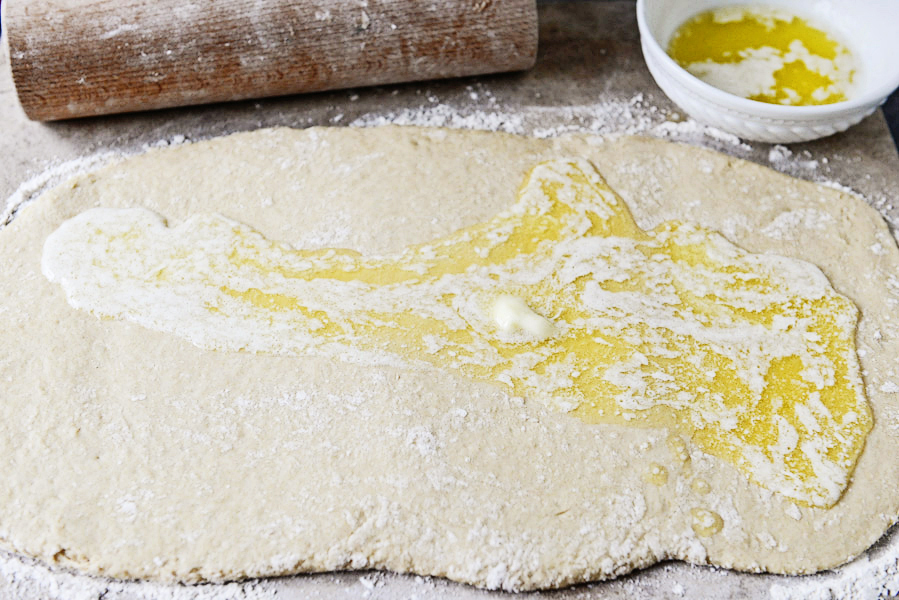 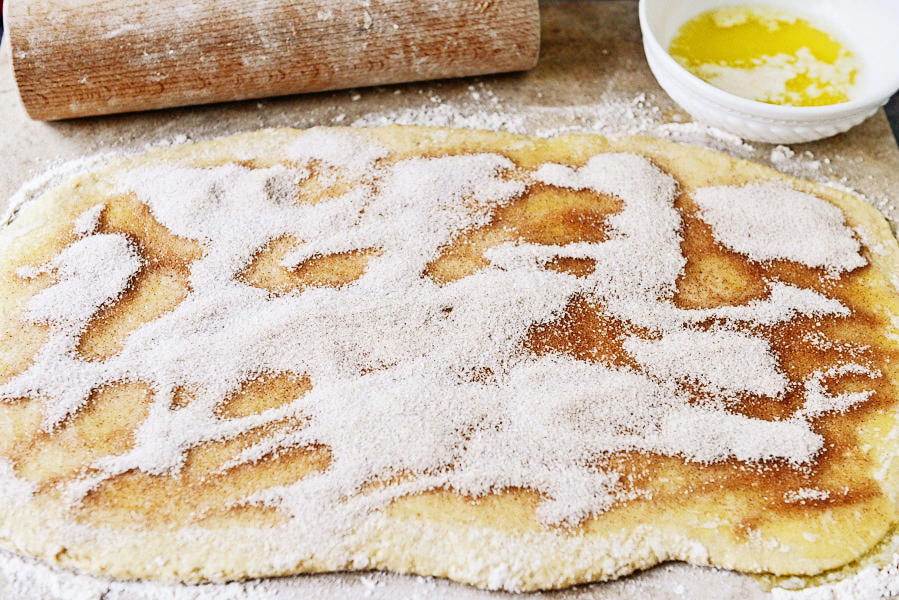 Then cover it in sugar and cinnamon. This is getting good. 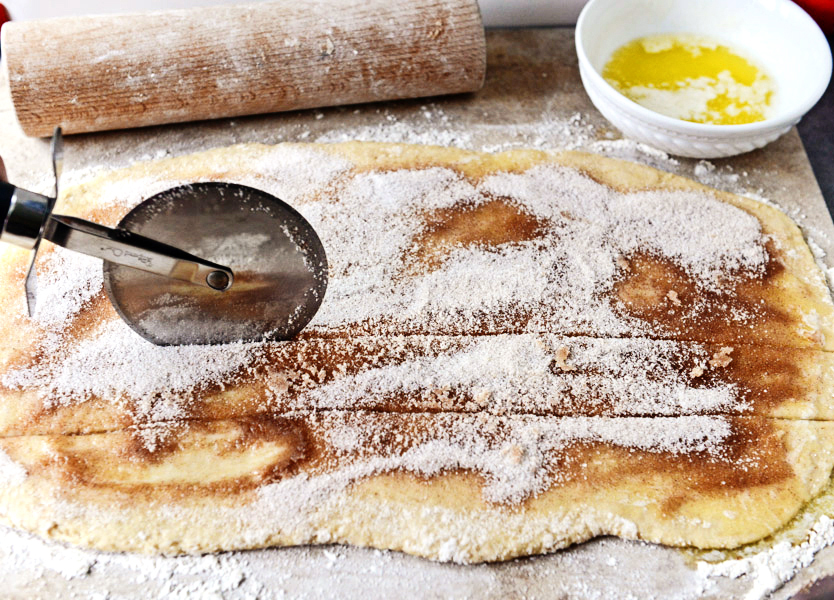 Using a pizza cutter or a large knife, slice the rectangle into six equal strips. Or, uh, five strips. I’m not very skilled at equally cutting dough into perfect strips, so I accidentally ended up with five. Still worked, so if you have that issue, don’t fear. 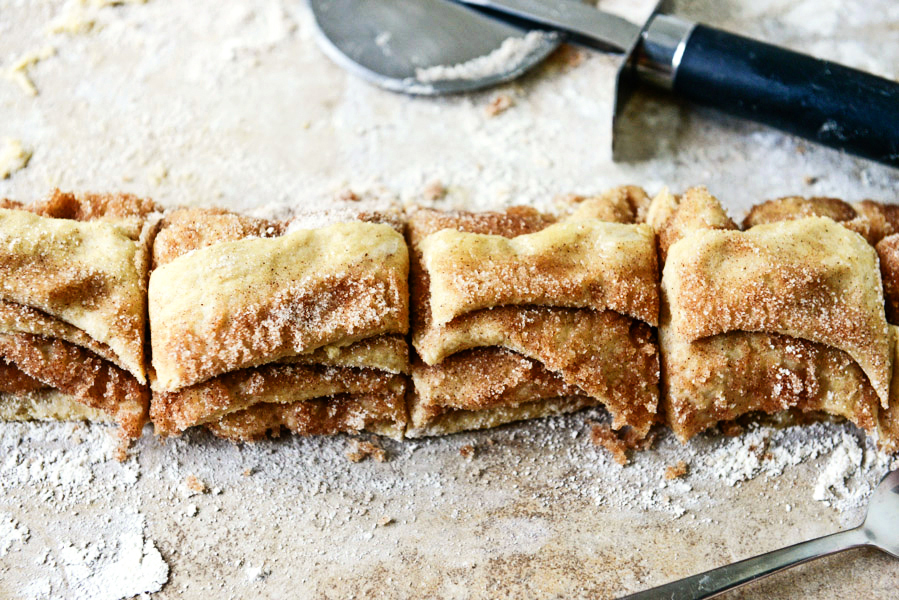 After slicing the strips lengthwise, pile them on top of each other (carefully!) and cut the dough again in six places, creating six stacks. Cute little dough stacks! 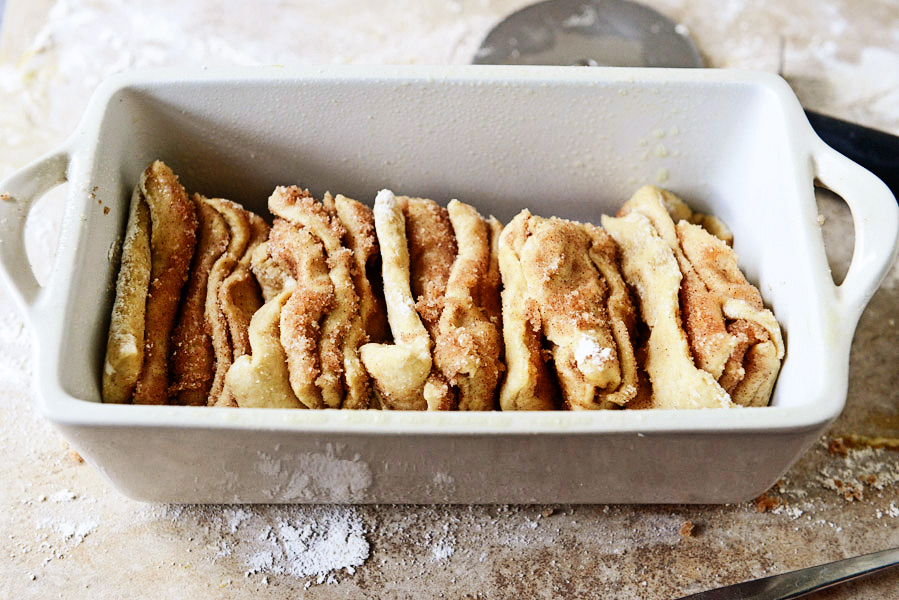 Stuff the cute dough stacks in a buttered 9×5 loaf pan, then cover with the towel and let it rise for another hour or so. 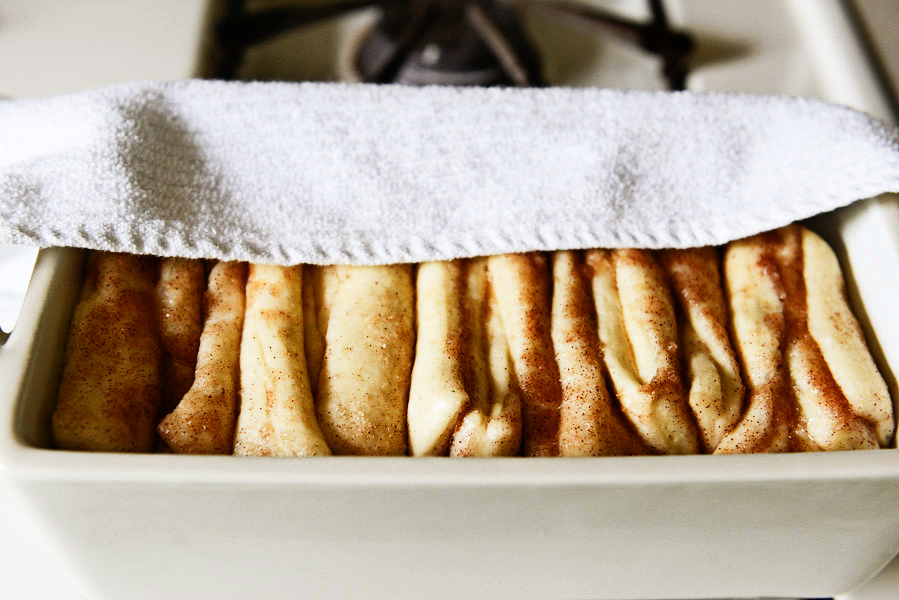 It should look puffy and pretty!

Stick it in the oven and bake for 30 minutes. If the top gets too brown while baking, tent it with aluminum foil. A few minutes before the bread is finished, whisk together the powdered sugar and milk to create the glaze.

Remove the bread from the oven and let cool for just a few minutes, then gently remove the loaf from the pan and immediately cover in icing. 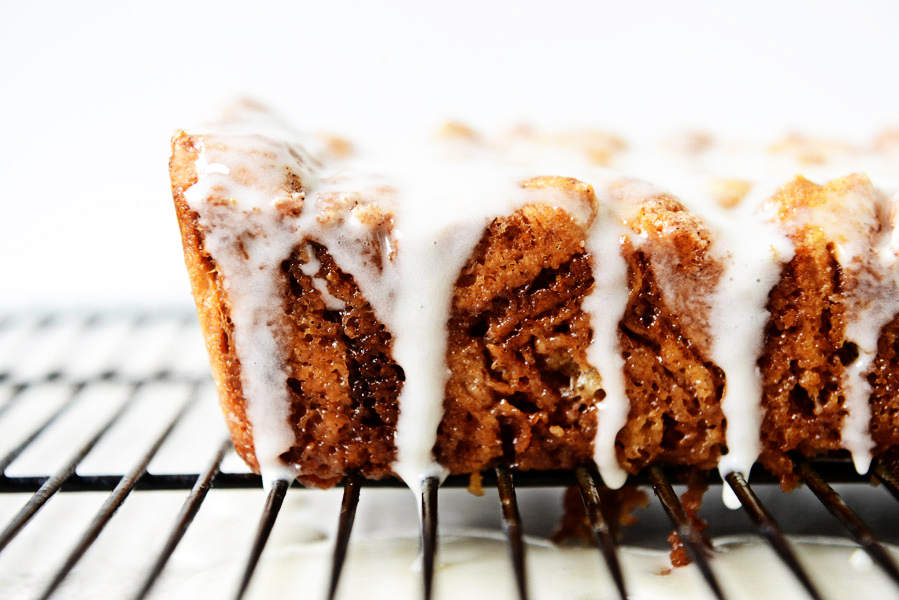 The sugary goodness sinks in to all the cracks and crevices since the bread it still warm.

I’d tell you to wait a few minutes before serving so you don’t burn your mouth, but that’s basically impossible. Just look at it! You’ll want to dig in instantly and I don’t blame you.

Thanks to Fanny for sharing this! Go check out her blog Oh Sweet Day! for more sweetness.

Jessica, your pull apart bread looks scrumptious!!!!! Thank you for mentioning my website!

I am loving this recipe.

Pull apart bread looks unique and the way, steps of making it like i am watching in pictures, I just want to taste it.

I never heard of pull apart bread until I saw this post and now sadly I think I am addicted.

This is beautiful! I have always wanted to make pull apart bread but was kinda scared. You make it seem so easy.

Holy crap. I love this!

I think I would be happy eating this, and only this, for the rest of my life!