Posted by missamy in Step-by-Step Recipes 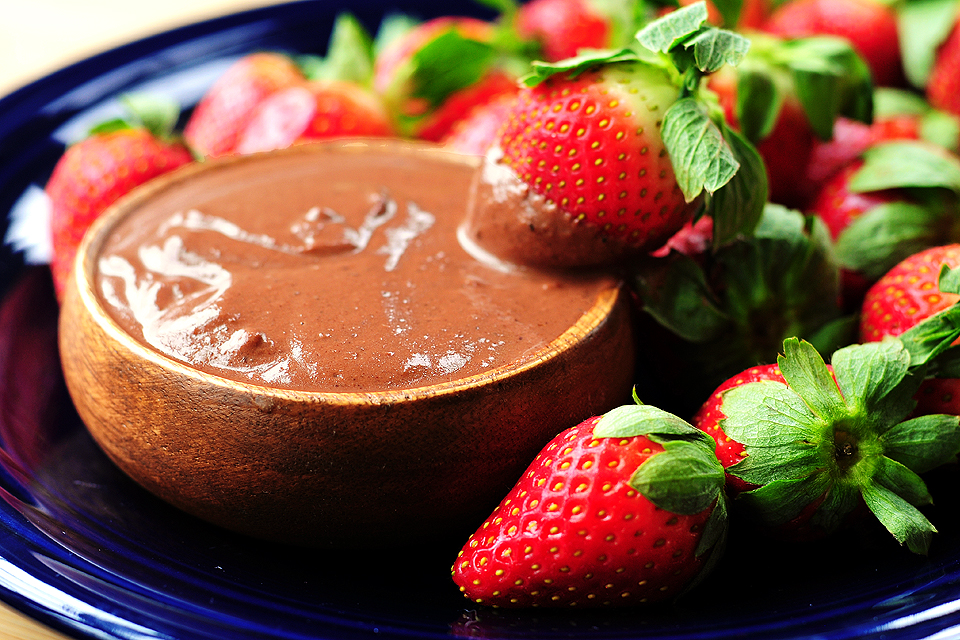 Last summer, I ran across this recipe for The Ultimate Mexican Hot Chocolate from member Sharon and filed it away in my Tasty Kitchen recipe box waiting for cooler, hot chocolate weather. Anything with “ultimate” and “chocolate” in the title is a must-do on my list. I like me some chocolate, man. At first glance, I thought this recipe was a hot chocolate for sipping, but this hot chocolate, with subtle hints of cinnamon and chili, is a thicker consistency and meant for dipping, not sipping. But you can bet I thought about sipping it. Pretty darn good, y’all.

Sharon shares on her site, Cheesy Pennies, how this dipping chocolate is the perfect companion for churros. I’m on a brief hiatus from the churros and the doughnuts or anything resembling the such right now, so I chose strawberries for dipping. Plus, strawberries and chocolate? Yeah. A no-brainer. But, if you and churros are still friends, get yourself some and get to dipping right away.

Let me show you how easy the road to the Ultimate Mexican Hot Chocolate is. 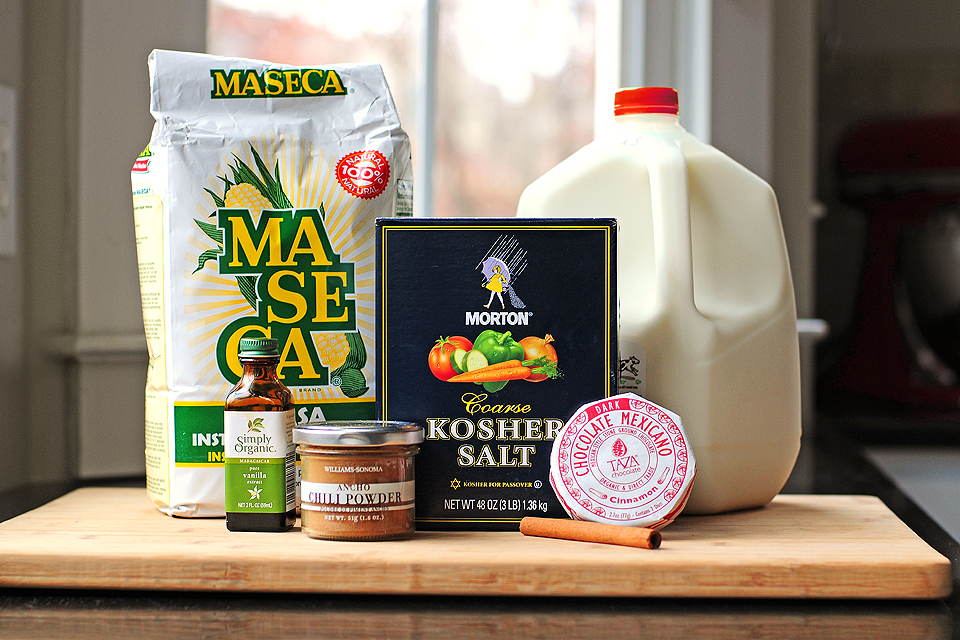 As Sharon explains in the full recipe listed below, both the masa harina and Mexican chocolate can be found in Latin markets or in well-stocked supermarkets. 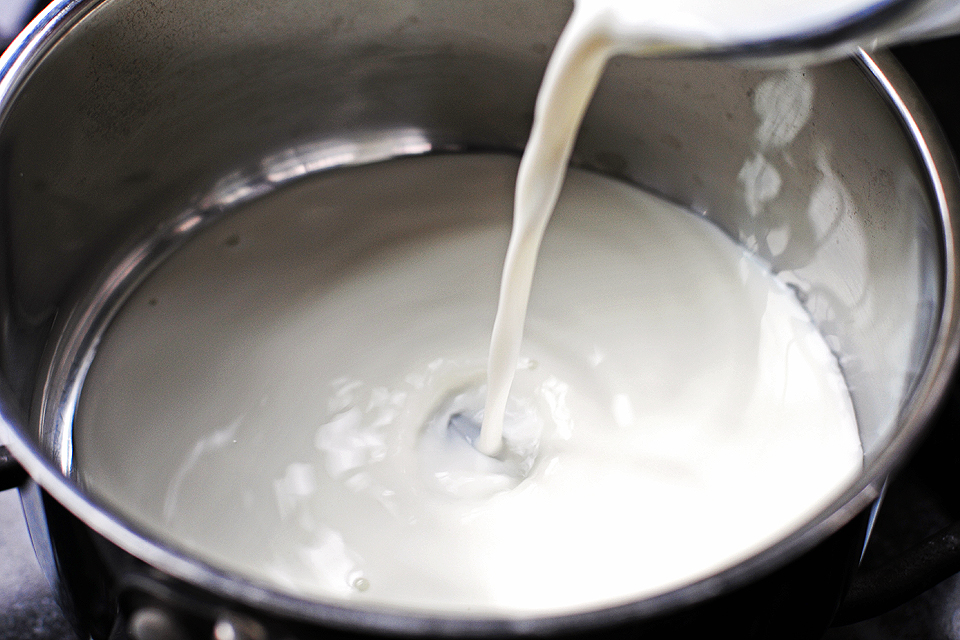 Begin by heating the milk in a saucepan over medium heat until small bubbles begin to appear around the edges. 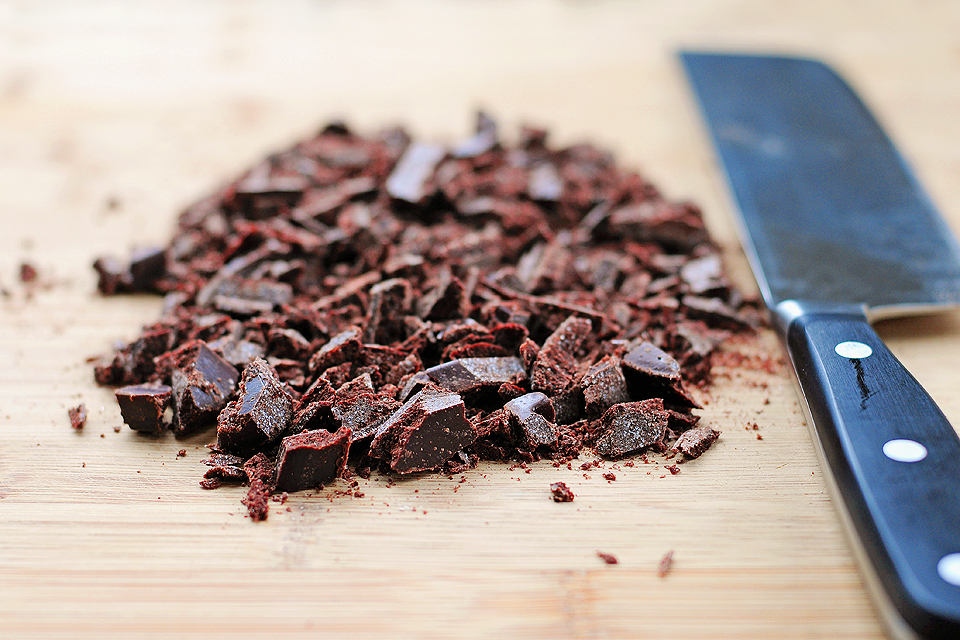 While the milk was warming, I chopped the chocolate. Mexican chocolate has a little cinnamon added, and, depending on the brand, possibly a chili powder of some kind. I found some at my local grocer. Latin markets should have a selection of this chocolate, too. 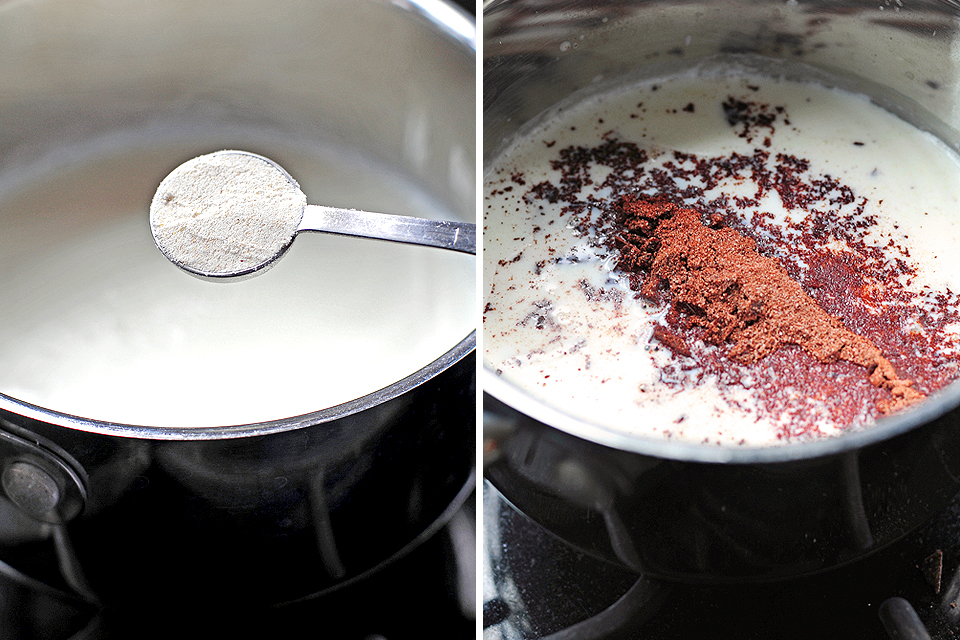 Once the milk is warmed, add in the masa harina and chopped chocolate. 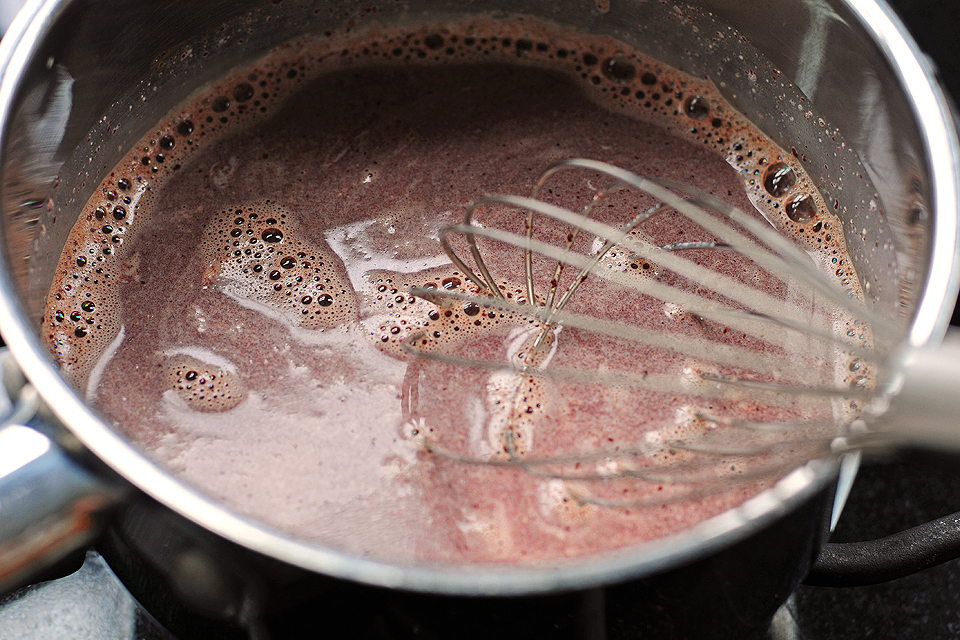 Whisk until combined, and chocolate is melted.

Bring to a boil over medium-high heat, then reduce to a simmer. I watched carefully at this point, stirring occasionally to avoid scalding. The mixture will begin thickening up as it simmers. 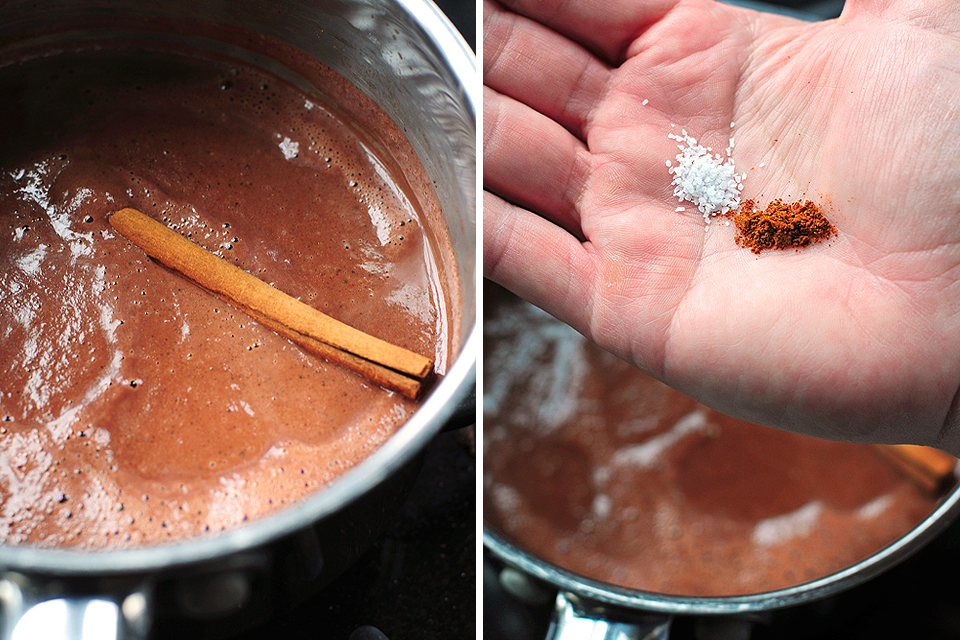 Next, add the stick of cinnamon, as well as a pinch of salt and ancho chili powder. My pinches were kinda biggish (probably about 1/16 teaspoon). Whisk again to combine.

Simmer for about 5 minutes. The mixture should be thickening up quite nicely at this point. 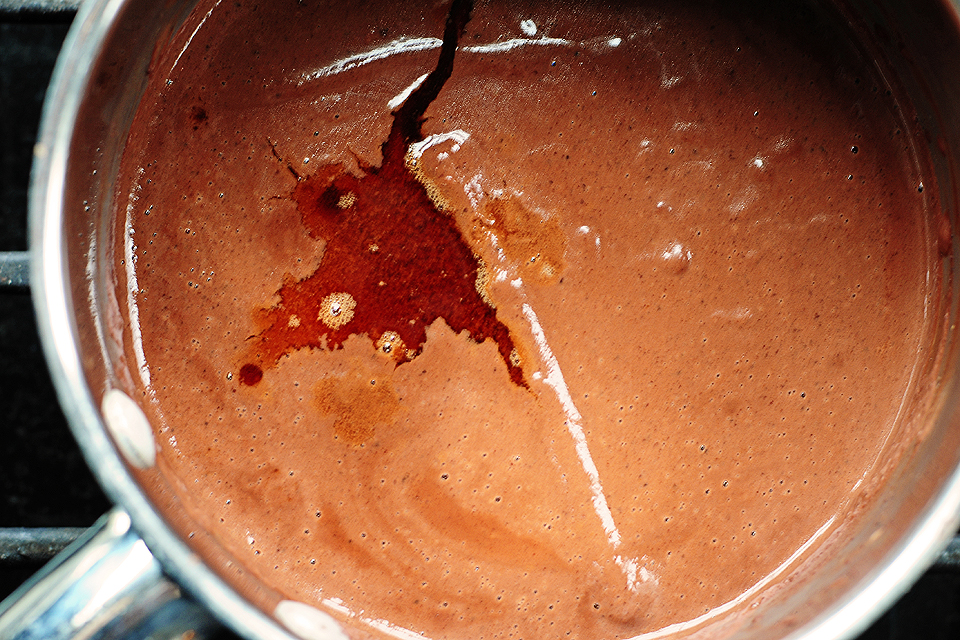 Once thickened, remove from heat, then stir in the vanilla. The recipe calls for a dash of vanilla. I’m sure I added at least a teaspoon. 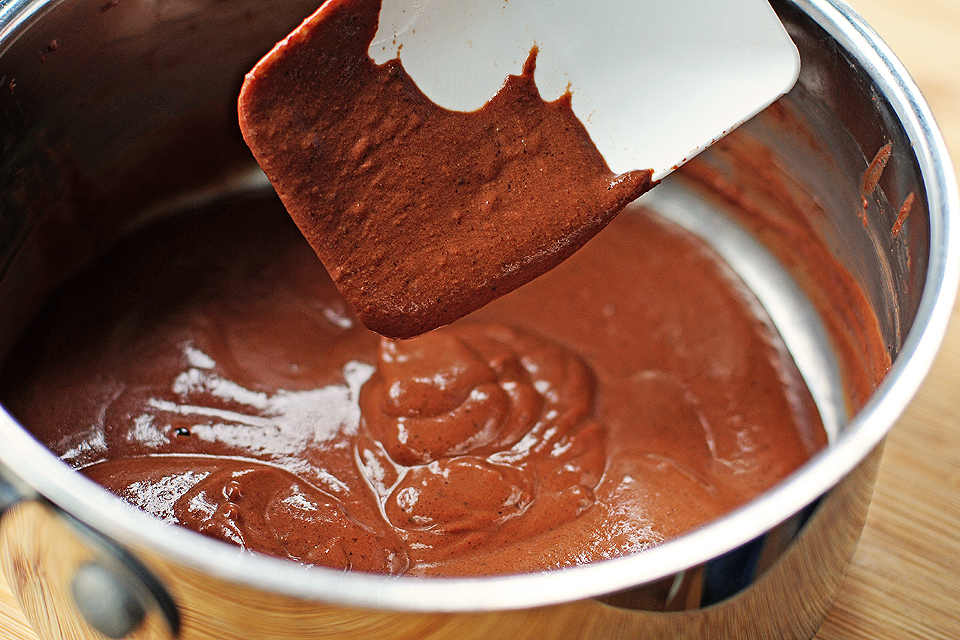 At this point I was ready to forget all about the strawberries and just eat it from the spatula. Such a wonderful aroma!

Many thanks to Sharon from Cheesy Pennies for sharing this dipping (or decadent sipping) chocolate with us. I’m thinking this will be making a reappearance around here real soon—especially when my churro/doughnut hiatus is over. 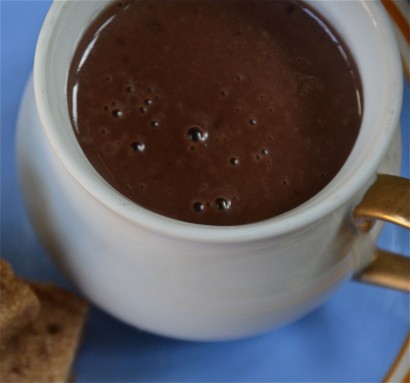 Thick, rich, and oh so indulgent, this is a warm and wonderful way to end a meal: a hint of cinnamon, a pinch of pepper, and chocolate! An insanely good dip or a sinfully good sip—you decide!

In a medium saucepan, heat milk over medium heat until small bubbles appear around the edges. Stir in masa harina and chocolate, and whisk to combine until chocolate is melted. Allow to come to a boil, then lower the heat to simmer, add the cinnamon sticks/cinnamon, salt, and chili powder, and whisk again. Simmer for 5 minutes, until nicely thickened. Remove from heat, stir in vanilla, and serve immediately.

Notes:
Masa harina is corn flour, used to make tamales. Mexican chocolate has a little cinnamon flavor in it already. Both of these ingredients can be found in Latin markets or in some well-stocked supermarkets.

Will this dip separate if you leave it out on a potluck table? I need a cool recipe for a pot luck cinco de mayo party and would like to make this but it has to hold up for a couple hours….

YUM. I want to dive in! And it’s healthy right? Anything + fruit is healthy in my book!

Lady, I just had a cup of hot chocolate and i thought that was pretty good. Now you’re making me second guess myself. Good fondue dipping sauce. Banana or chips would be great with this.

Amy, I am so glad you saved and liked the recipe, and I’m thrilled to find it on the TK blog! Thank you! Ginny, I haven’t tried it with regular flour, but I’m worried it might make the drink taste a little odd. I recommend trying to find the masa flour if you can. Enjoy, everyone!

If you like the thickness of this recipe, you would probably like a full blown Champurrado, which is a traditional Mexican chocalate/masa drink.

This looks so yummy and warm. I bet it would be great turned into a mousse!

Absolutely ADORE Mexican Chocolate anything so this will be made in the very near future!

My only question would be if “regular” flour can be used instead of the masa harina?

Thanks in advance for your replies and comments.

I’m sold when ever I see a recipe titled for Mexican hot chocolate… so I’ll definitely be making this! However it IS gonna be hard to share it, just sayin.