Posted by Amber {Sprinkled With Flour} in Step-by-Step Recipes 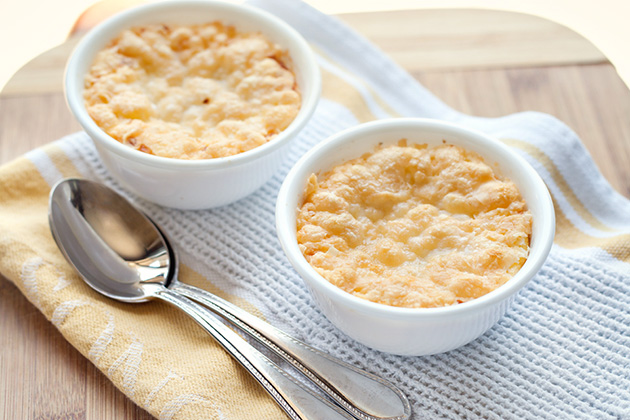 I like unusual twists to classic recipes. It’s so much fun trying something new and different, but with a familiar recipe. Some may say, “If it’s not broke, don’t fix it.” But I’m all for being adventuresome. When I found this recipe from Donna for Savory Corn Creme Brûlée, I knew this was a twist I just had to try. (Donna, a self-proclaimed creme brûlée addict, was inspired by a savory creme brûlée recipe by Claire Robinson in 5 Ingredient Fix.) I really had no idea what to expect but the idea of a savory creme brûlée really intrigued me, and I have to say, it was fantastic!

This dish has fresh corn pureed in a cream mixture, which results in such a delicate and delicious flavor you’ll wonder why you never thought of doing it before. When you sprinkle fresh Parmesan on top and broil it to a pretty golden coat, it adds the perfect finishing touch.

Thank you Donna for sharing this wonderful dish. I can definitely say this will be made again at our house! 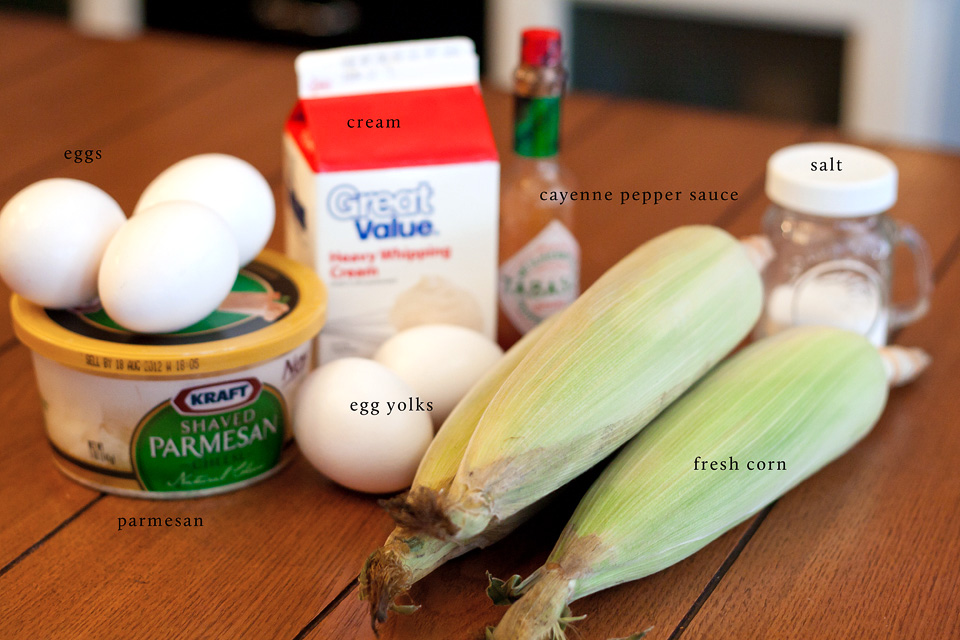 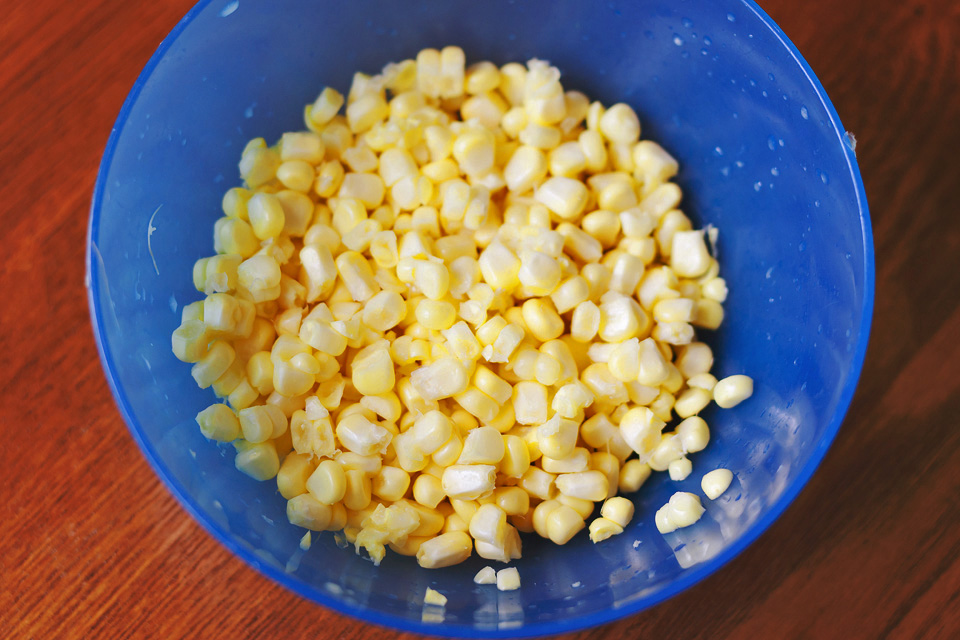 Cut the kernels off the cob and place in a bowl. Set aside. 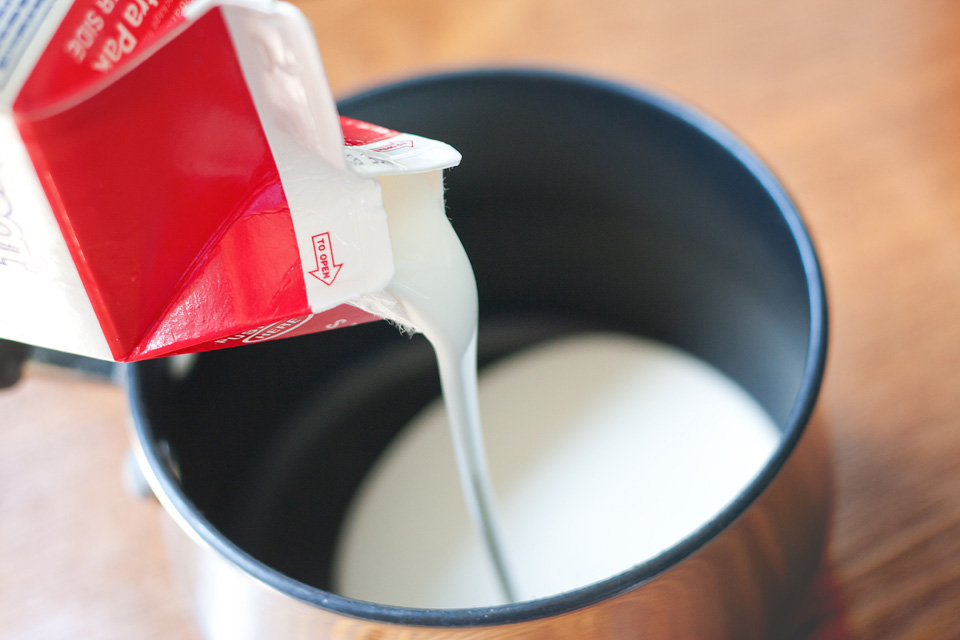 Add the cream to a saucepan and heat to a boil. 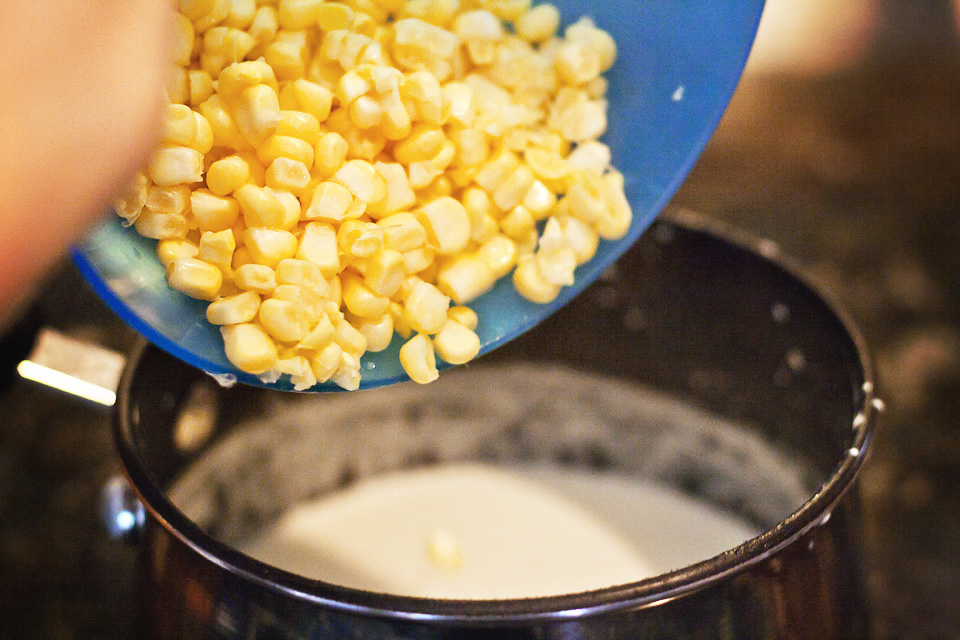 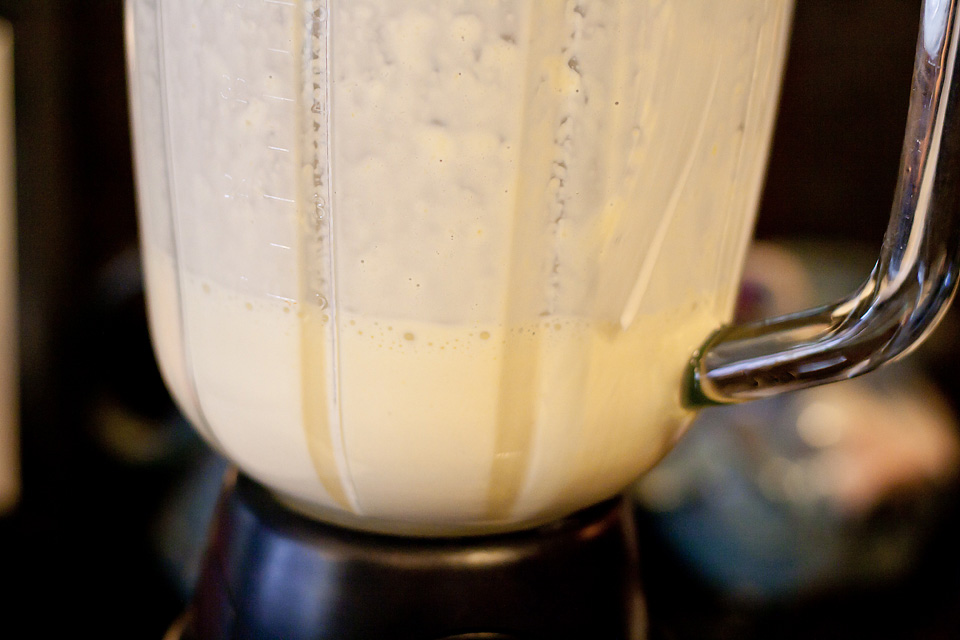 Place creamed corn mixture in a blender and blend until corn is pureed. 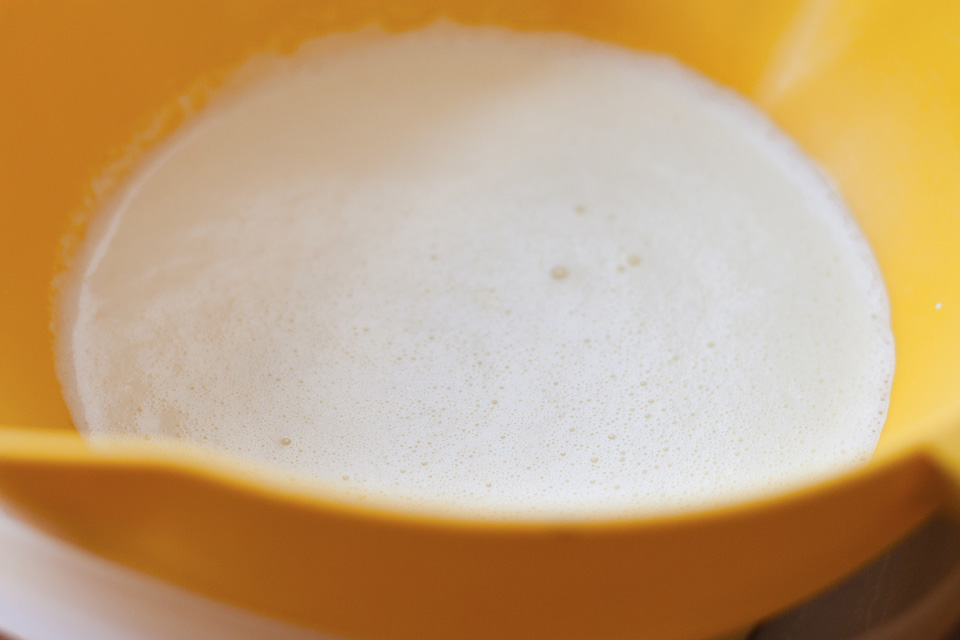 Strain mixture and discard the pulp remaining in the strainer. 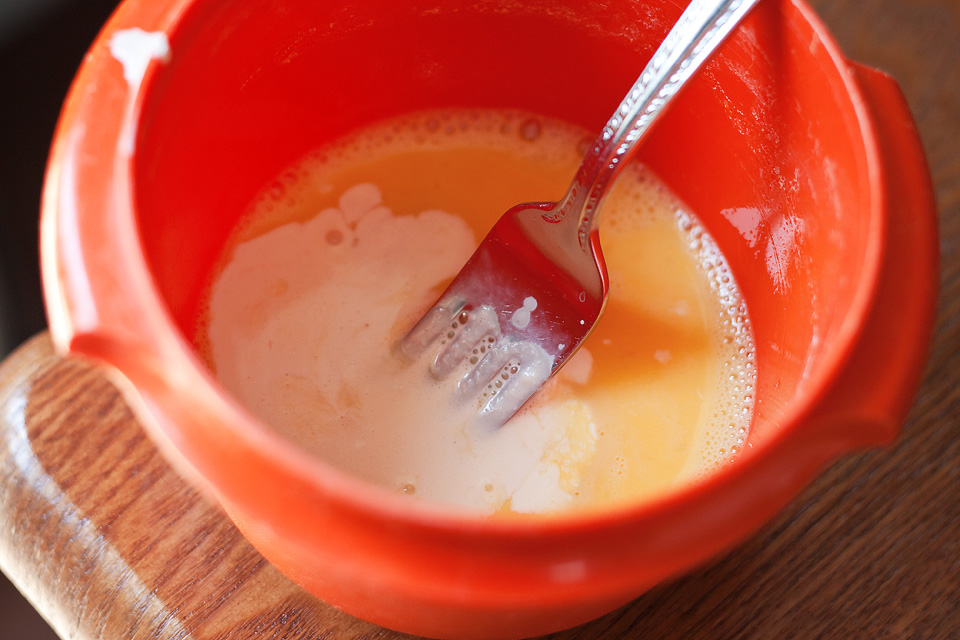 Whisk eggs and yolks, then add a little of the cream mixture to temper the eggs. 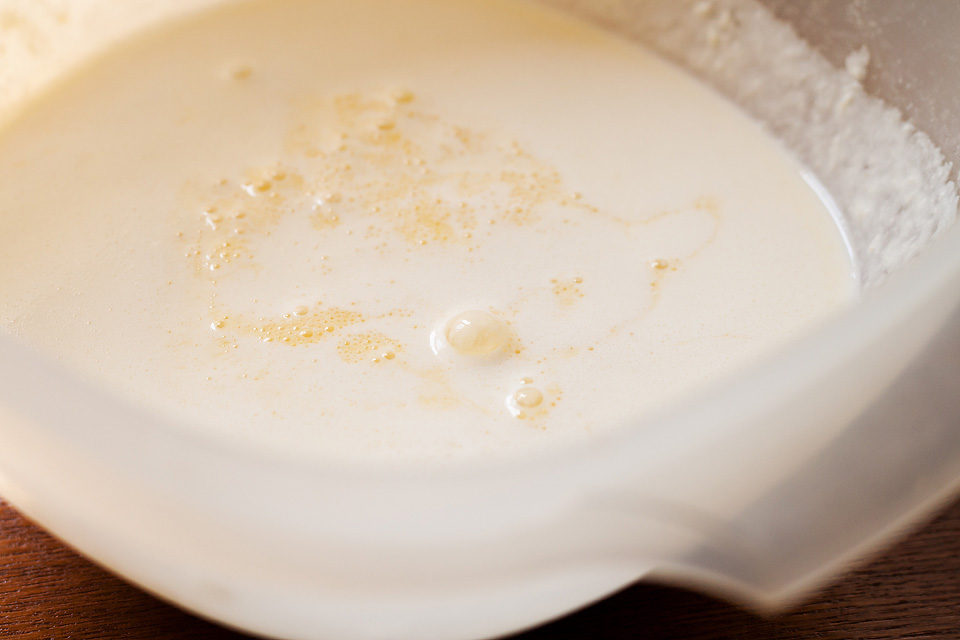 Stir the egg mixture into the remaining cream mixture. 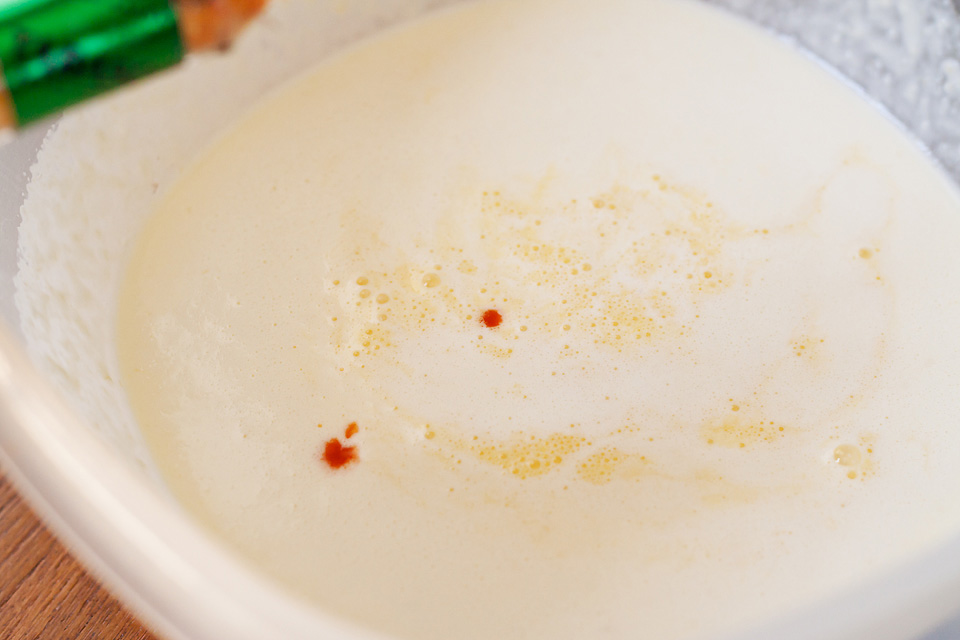 Stir in the pepper sauce … 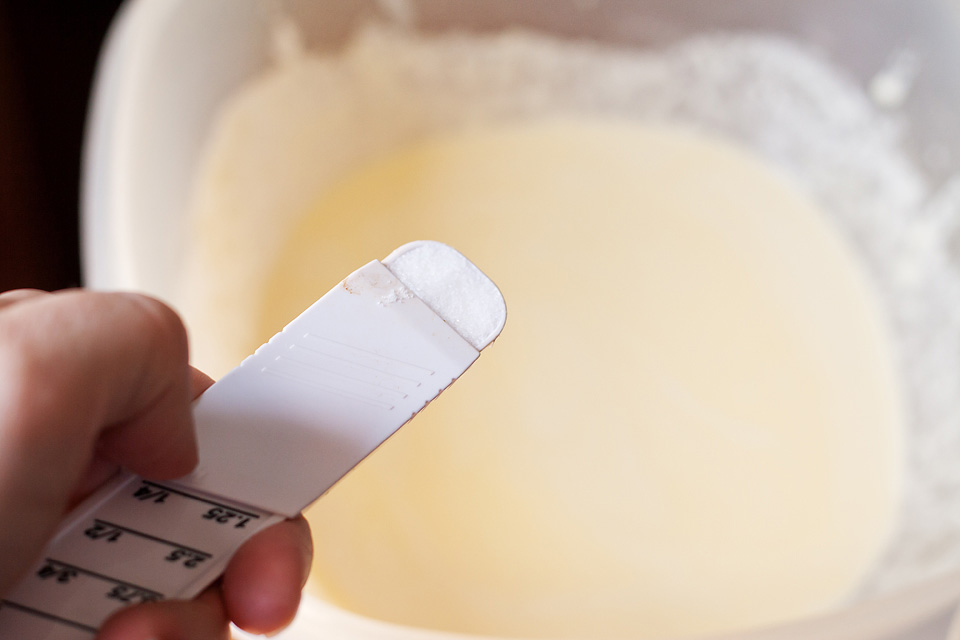 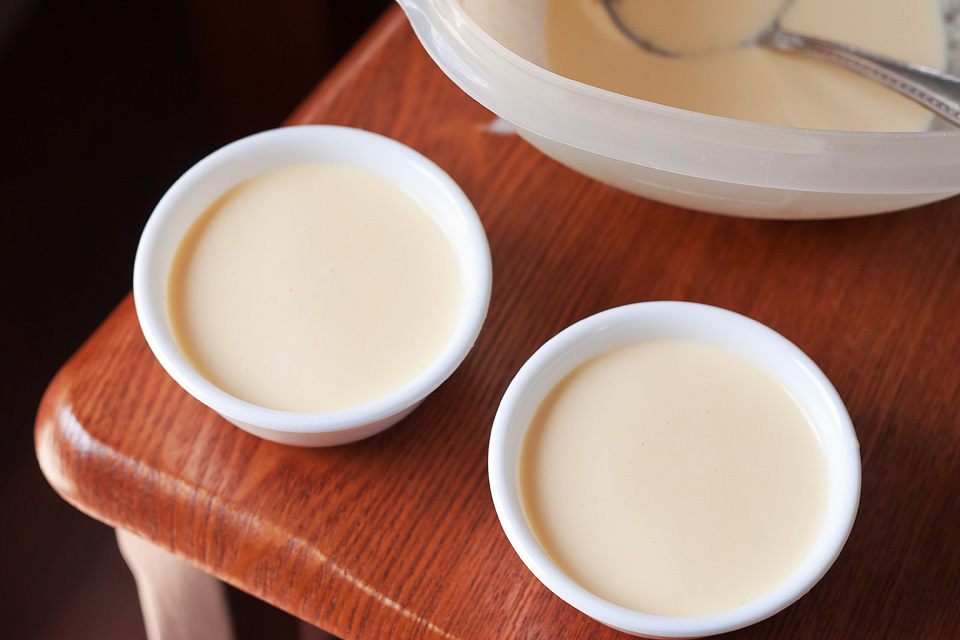 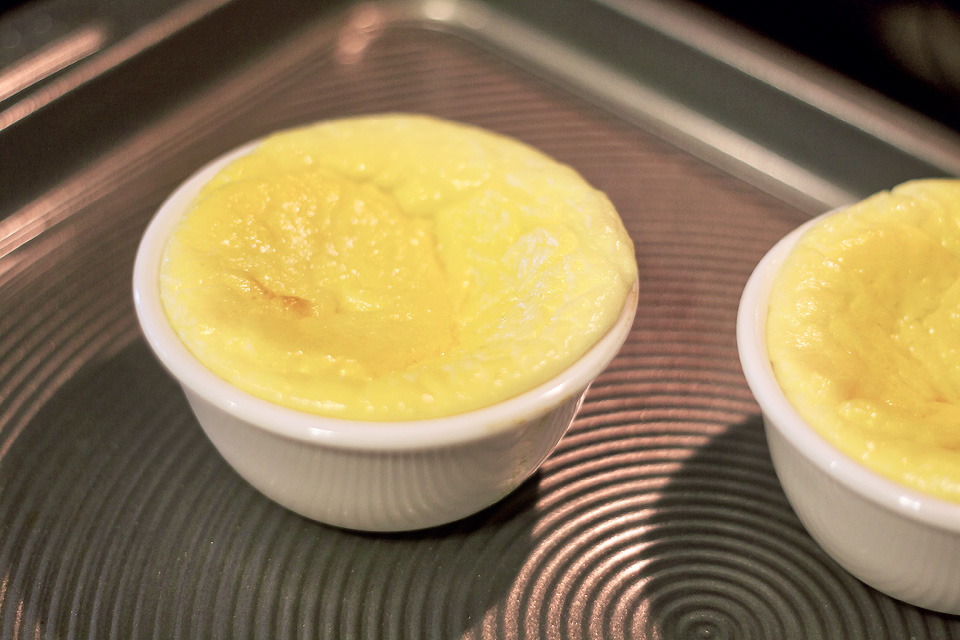 Bake for 30 minutes, or until set in the centers. Remove from oven and let cool to room temperature. 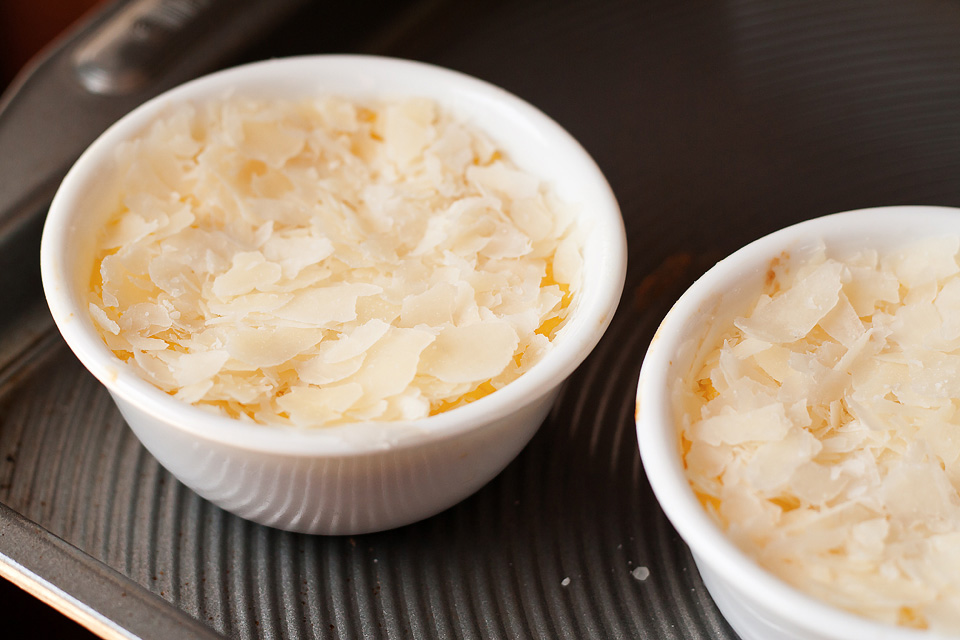 Sprinkle Parmesan cheese on the tops in a thin layer.

Using a kitchen torch or broiler, toast the cheese on tops until golden brown. Serve and enjoy! 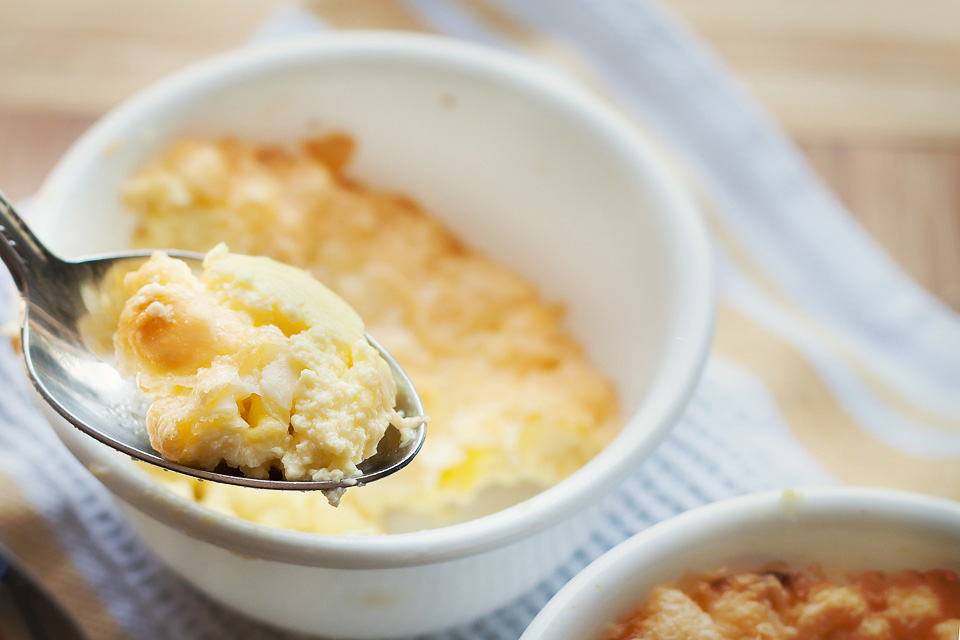 Recipe notes: If your cheese layer is too thick, it will be harder to break through when eating, so a thin layer is recommended. Unless you’re a cheese fiend, of course, and you don’t mind the extra hassle. Also, I kept my leftovers in the fridge (covered in plastic wrap), and it reheated very well the next day.

A big thanks to Donna for this recipe! Be sure to visit her blog, Apron Strings, for a great collection of yummy-looking recipes! 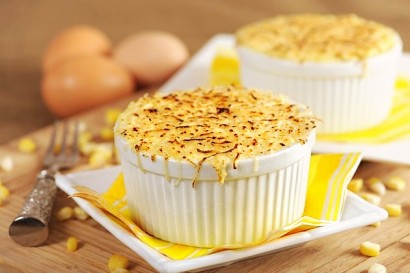 Fresh sweet corn and rich salty Parmesan—a match made in heaven—meet in a savory twist to the classic creme brulee.

Cut kernels off cobs. Heat cream to a boil, add kernels and then turn off heat and let corn steep for 10 minutes. Blend in a blender until corn is pureed. Strain mixture through a fine mesh strainer. Discard pulp remaining in strainer.

Whisk eggs and yolks and then add a little of the cream mixture at a time, tempering the eggs. Stir in pepper sauce.

Bake for 30 minutes, until set in centers. Remove from oven and let cool to room temperature.

Sprinkle cheese on the tops in a thin layer. Using a kitchen torch or broiler, toast the cheese on tops until golden brown.

Amber is a stay at home mom who lives in the heart of the Missouri Ozarks. It’s a long way from where she grew up, in Wales (yes, way over in the U.K.). The recipes in her blog Sprinkled with Flour include her original creations as well as her family recipes. Go check them out!

Excellent! Had for fathers day. Pictures and blog about it on my tumblr, momlovesfood.tumblr.com

Hi Christine! So glad you enjoyed it.

This looks great. Do you have any suggestions for substitutes for the cream for us lactose intolerant ones?

Hi Bonnie! Although I’ve not personally tried them, some lactose free cream alternatives are coconut cream and MimicCreme (which is a creamy blend of almonds and cashews). This is definitely something worth trying at least. Hope this helps!

I love cream corn, so I can’t wait to try this one.

This one is definitely going on my “to try” list. Looks/sounds delicious!

seriously a genius recipe – i’m all for caramelized sugar, but cheese is totally my thing!

Oh my. This is going on my menu this week! Yum!

Oooooh baby. This looks amazing. There’s nothing as good as fresh corn. Unless you’re putting it in what we refer to as “The Best Soup in the World” http://lollingabout.wordpress.com/2011/10/28/foodie-friday-the-best-soup-in-the-world/