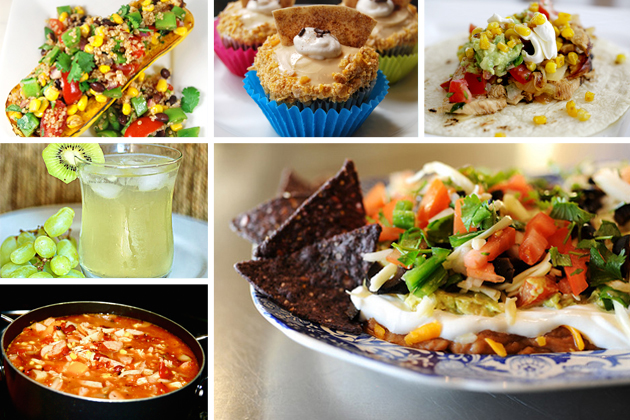 If Cinco de Mayo isn’t a drinking holiday, then I don’t know what is!

During B.C. (before children) years, my friends and I would map out our itinerary that started the Cinco de Mayo celebration on the evening of Quatro de Mayo. We only thought it would be proper to devote every available hour to the fine art of drinking, eating and dancing … party-hopping from place to place.

Oh, those were the wild years.

These days, A.C., I’d probably pass out after the 3rd hour. My body sure ain’t the same anymore!

Instead of going out, I’m hosting a party at my house instead. And you’re all invited! What’s on the menu? Well, Tasty Kitchen recipes for sure! You’ll come to my party, won’t you?

I’ll greet you with a nice glass of White Kiwi-Apple Sangria from A Cozy Kitchen. Refreshing. And I love kiwi … I love sangria. 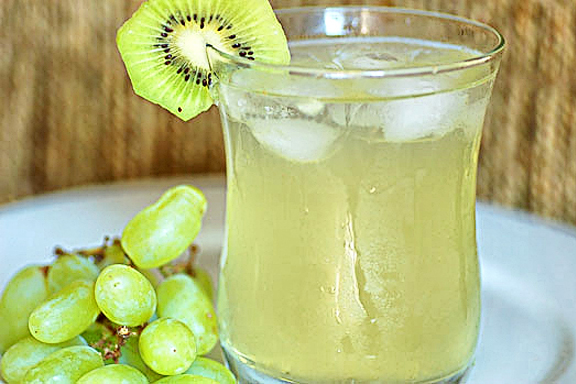 And while I’m in the kitchen finishin’ up a few dishes for dinner, I’ll most definitely have Ree’s Mexican Layer Dip sitting on the table for you to snack on: 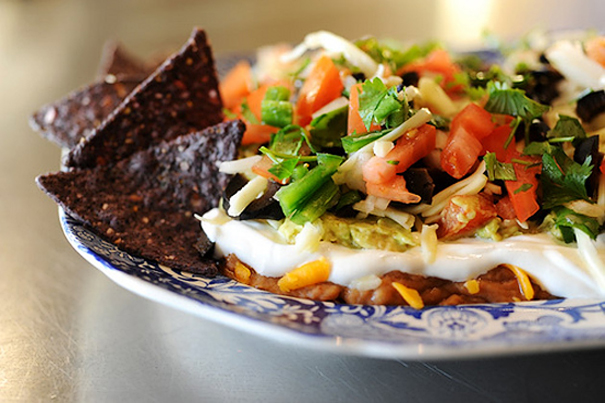 Okay, so now how about some soup? Can you believe this Sassy Mexican Soup by Miss Lisa has beer in it? My kinda soup. 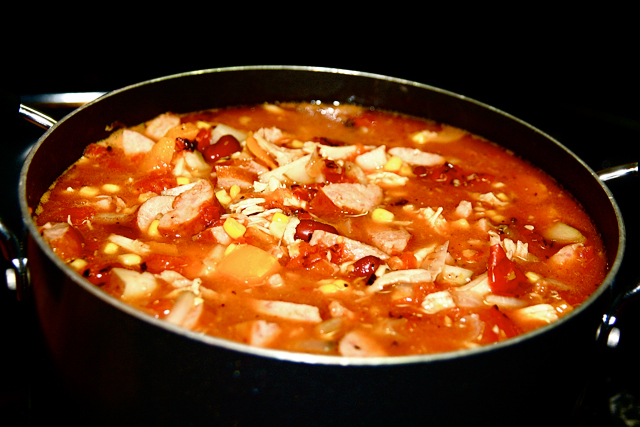 This little dish really caught my eye: a Mexican Salad Stuffed Squash by My Recession Kitchen. So creative, and good for ya! 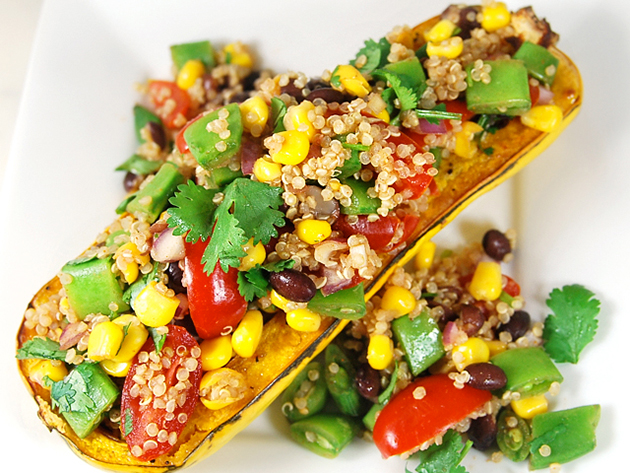 A Cinco de Mayo party is never complete without fajitas, and jojov’s got a recipe for Chicken Fajitas that just looks outta this world. Maybe one of you can help me grill the chicken while I prep the guac? 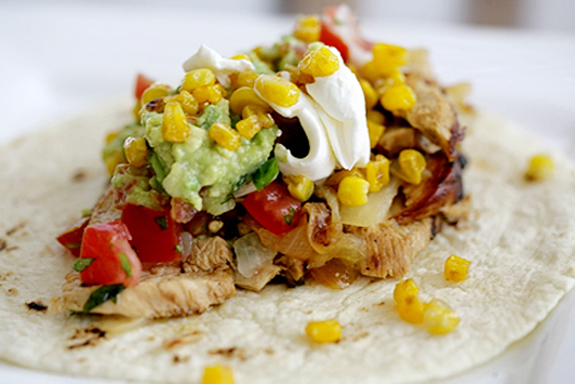 And we’ll end the party with the cutest desserts in the world by Monstermama: Mexican Fried Ice Cream Cupcakes. I have a feeling these will be the hit of the party! 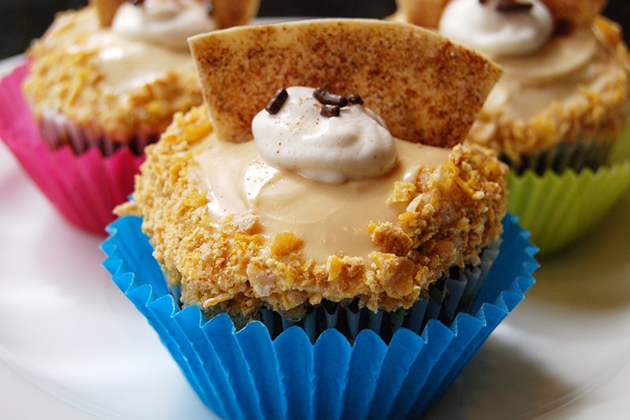 What’s on your menu for Cinco de Mayo? Maybe some tacos? Lots of beer?

Jaden Hair is a food writer, television personality, and food photographer based in Tampa Bay, Florida. Find more of her recipes in her blog, Steamy Kitchen, where you can also read more about Jaden’s new book, The Steamy Kitchen Cookbook, and the rave reviews it’s received!

Yay for Mexican food and Cinco de Mayo. Thanks for the shout-out, too. Those Mexican Fried Ice Cream Cupcakes are ridiculous–they should be outlawed. Can’t wait to make them!

I used to call it “Drinko de Mayo”, but that was another place…another time! That was because the restaurants really pushed the margaritas. It was like Spanish St. Patrick’s Day. What did I know? I was in my 20’s. Now I’m…like…not…!

I can’t wait to make the layered dip. The whole menu sounds wonderful.

Sorry, this blog is probably not the place to ask that question. Looked it up on Wikipedia for those interested:

“Cinco de Mayo (Spanish for “fifth of May”) is a regional holiday in Mexico, primarily celebrated in the state of Puebla, with some limited recognition in other parts of Mexico. The holiday commemorates the Mexican army’s unlikely victory over French forces at the Battle of Puebla on May 5, 1862, under the leadership of Mexican General Ignacio Zaragoza Seguín.

Cinco de Mayo is not Mexico’s Independence Day, which actually is September 16, the most important national patriotic holiday in Mexico.”

anyone know the origins of celebrating Cinco de Mayo (May 5th)? Is it Mexican independence day?

my menu consists of salsa, chips and margaritas on the porch….

i would love to have some of your recipes

Love this Holiday….any excuse to eat Mexican…. one of my favorites is Home Made Shrimp Salsa…..just onions,jalapenos, tomatos, cilantro shrimp and limes….. Chopped up chunky and allowed to marinate a few hours……ohhhh were are the chips….

Directions, please???!!!
The sangria sounds heavenly…as does everything else…

I just wanted to say that is Cuatro instead of Quatro

You forgot the margaritas…but perhaps when I perfect the black raspberry margarita I have been working on, you’ll have time to whip up a batch…

And of course wash it all down with some ice cold corona light!

Everything looks yummy! Honestly I havent even thought about Cinco de Mayo but I guess I should.

Living in AZ…..I walk around the corner, and buy fresh, hot, homemade tortillas, flour and corn. For cinco de mayo, I usually make shredded beef red enchiladas, tacos – shredded beef or carnitas, pico de gallo, corn and black bean salsa, everything with lots of lime and cilanto. It is one of our favorite holidays!

Definitely going to try a few of these recipes out!!

YUM!! It all looks GREAT! Can’t wait & I probably won’t.
Thanks for finding such great looking recipes.

Patrone Margaritas, Dos Equis, Posole and something out of Rick Bayless’ new book! Guac, lots of guac, chips and salsa!

That’d be one mighty fine party to be invited to for sure!

This makes me so homesick for Arizona! This year I’m not celebrating because Mexican ingredients are impossible to find in Northern England, but I am living vicariously through the internet.

I might be tempted to make Ree’s Tres Leches Cake, too. It’s one of my favorites. If you’re ever in Houston, go to Americas Restaurant near the Galleria (on Post Oak) and stop downstairs in the bar for a piece of Tres Leches or order one to go. It’s the best in Houston! Thanks for sharing the Cinco de Mayo recipes. I’m trying that dip sooner than I’d like to admit.

Brilliantly festive colors. The food looks wonderful – and the photography is spectacular. Is it too early for sangria?

Oh my gosh…that sangria looks great. And the ice cream…..fajitas!

The layer dip is calling my name…….. and luckily it can be eaten without having to put down my margarita

If I lived close enough I’d definitely be there! I LOVE, LOVE, LOVE Mexican food. I’m definitely looking forward to trying out these recipes!

The menu looks great! I could take a dive into that pot of soup right about now.

I’ll be happy to grill as long as I can snack on some of Ree’s delicious-looking Mexican Layer Dip.

Oohhh this is just almost my favorite holiday, because I love to binge on Mexican food! If there are margaritas, sign me up!!

I’ll come! I’ll be close to you until Quatro de Mayo, but maybe I’ll extend my vacation to come and party with you! Yum.