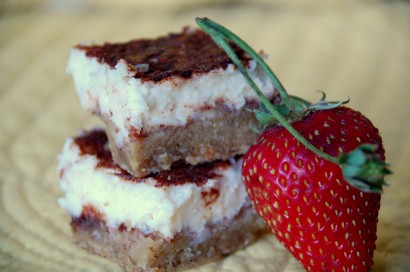 Spicy-sweet snickerdoodle cookie, topped with tangy, velvety cheesecake. Served up in bite sized pieces so you can eat more right?

For the cinnamon sugar mixture:

Stir cinnamon and sugar together in a small bowl. Set aside

In a medium sized bowl, mix together the flour, baking soda, and salt. Set aside.

Beat butter and sugar together using a mixer on high until well combined. Stir in egg.

Turn out onto a greased 8×8 inch baking dish and smooth the dough into pan with a spoon.

Sprinkle the cinnamon sugar mixture over the top.

Bake for 20 minutes. Then remove it from the oven and poke holes in it with a fork to reduce puffiness. Allow to cool.

Cream together cream cheese and sugar until smooth and fluffy. Stir in remaining cheesecake ingredients until well combined.

Pour the filling mixture onto the cooled crust and sprinkle with remaining cinnamon sugar.

Let cool on counter for about an hour and half (to room temperature). Then place in the fridge for at least 3 hours.

To serve, cut it into 1 inch cubes with a serrated knife, wiping off the knife frequently. 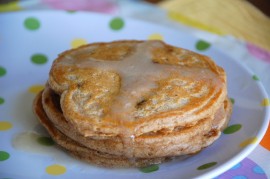 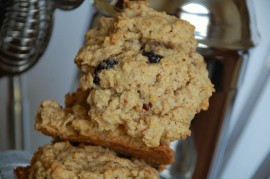 Find MonkeyDudesMom elsewhere on the web.

Thanks for this recipe, sounds sinful.
Love cheesecake and snickerdoodles, can’t ask for more.
Will be trying really soon.
Janet

I made these on Saturday. I didn’t have an 8X8 dish, so instead used a 9″ pie pan. The results were amazing. The cookie dough needed to be cooked a little longer than the 20 minutes, but didn’t affect the overall amazingness of this recipe. There were only four of us for dinner, but there was no cheesecake left for me to take home.

Made this tonight for husband’s birthday…huge fan of cheesecake AND snickerdoodles. Only change I made was instead of making squares, I made this in a springform pan & served it as a whole cheesecake. Got rave reviews from husband & 2 kids. Oh, and I did add a teaspoon of cream of tartar, just because that is what my go-to snickerdoodle recipe calls for. Will file this in my “do make again” file!

These are great. Everyone loves them!! I always line my pan with aluminum foil.

This was a huge hit with my fiance, who is a lover of both snickerdoodles and cheesecake. Definitely has a permanent place on our dessert rotation.

These are delicious! I made them for our Korean exchange student when he went a whole week without smoking – he loved them. In fact, he asked me to make him another batch since he’s now going on a month of no smoking

I made this in a 9″ pie pan instead and the cookie dough needed to be cooked a little bit longer, but the overall result was great. I look forward to making this recipe again.

Our members have the best ideas for food gifts. Like this one!
END_OF_DOCUMENT_TOKEN_TO_BE_REPLACED

Put that slow cooker to work and rest easy knowing you have a warm meal waiting for you at the end of the day!
END_OF_DOCUMENT_TOKEN_TO_BE_REPLACED 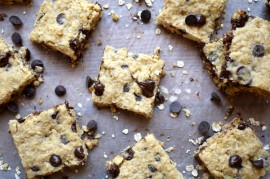 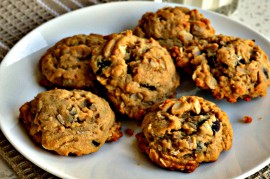 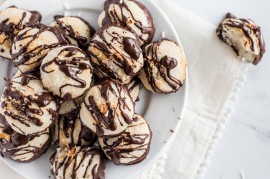 by Kendall Smith in Desserts
These vegan coconut macaroons are a delicious and nutritious dessert or...
0.00 Mitt(s) 0 Rating(s) 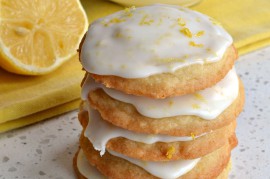 by Beth Pierce in Desserts
These delectable Iced Lemon Cookies are soft on the inside with...
5.00 Mitt(s) 1 Rating(s) 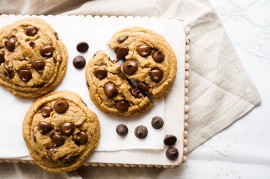 by Hungry Haley in Desserts
In our search for comfort during uncertain times, let us not...
0.00 Mitt(s) 0 Rating(s)