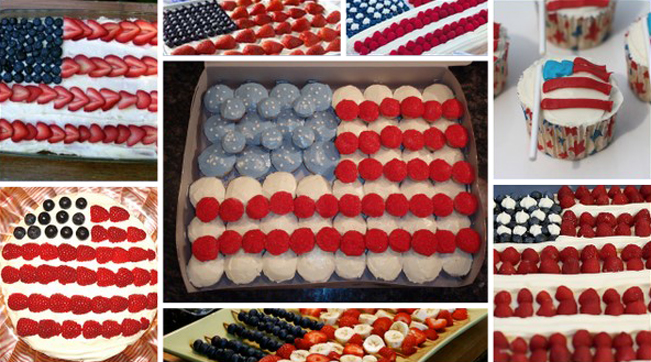 You might think I’m a little early for 4th of July, but there’s another holiday in between Memorial Day and the Fourth of July. Yes, it’s Flag Day! As if I needed an excuse, June 14th is another day to celebrate with food, though no chicken, pork chops or steak—just delicious desserts.

I figured you would be a bit concerned if my chicken was red, white or blue …

So let’s start with I pledge allegiance to Cookies and Cups who makes the most perfect stripes—that she hand-decorated! (I would have just used fruit roll-ups. Eeek!) 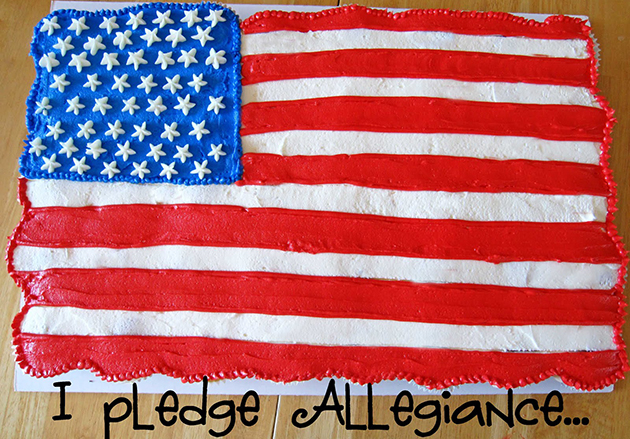 I remember my Mom used to make a cake just like this: in a pan, decorated with blueberries and sliced strawberries. I was so guilty of sneakin’ in the kitchen, plucking the fruit off. By the the time dessert was presented, it no longer resembled a cake, but rather more like a pock-marked (from my fat little kiddie fingers) tough-luck creation. This one is from Slashfood. 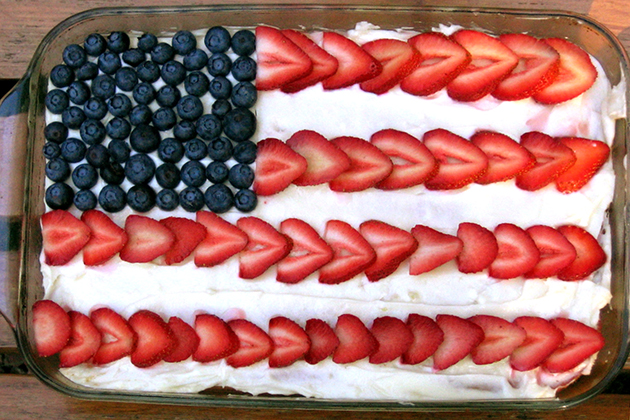 These next two are so perfect! Well, would you expect any less from a a site called Fabulous Foods and the other from Martha Stewart? (found on Yum Sugar)

Now these just win the prize for cuteness. Lollipop sticks as the flagpole! Genius! From The Celebration Shoppe. 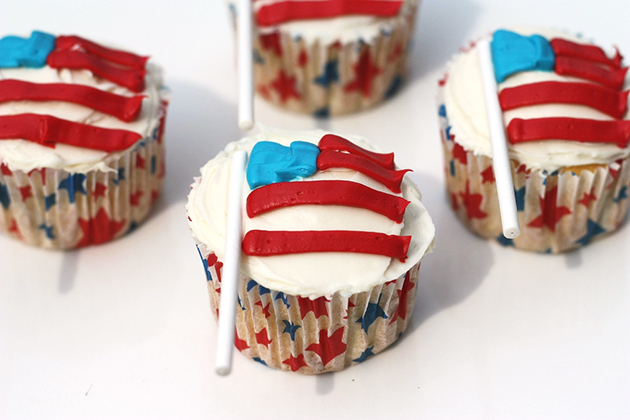 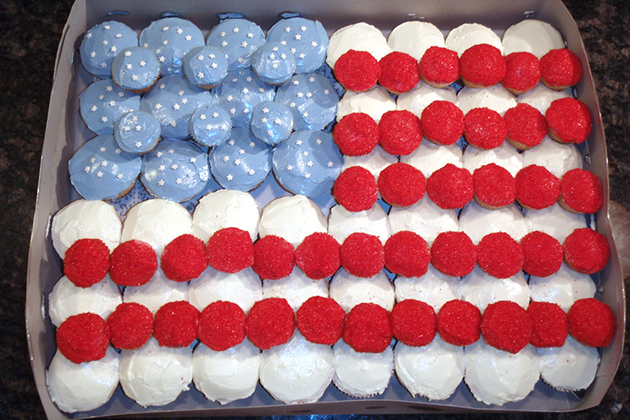 Inn Cuisine creates a round flag cake! This one brings me joy (and so do the rest of the recipes on Inn Cuisine). 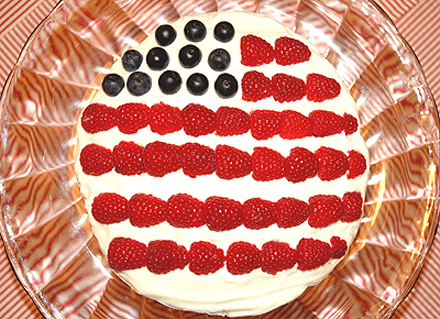 Ooohh, I’m so totally doing this! What a great way to not-cake! My kids would be all over this one, from Flickr member Randy Son of Robert and spotted on The Kitchn. 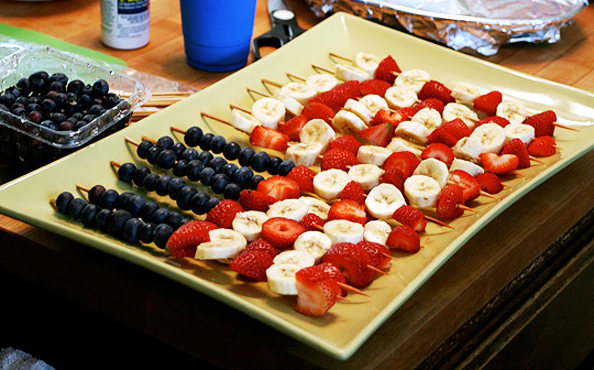 And I’ll finish with one of our own, Ree’s Fourth of July Cake, but shhhh … we won’t tell her we’re enjoying it a little early for Flag Day! 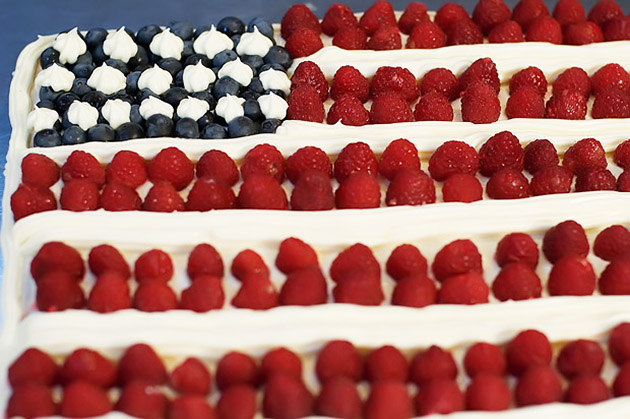 Pssst … if Flag Day is not your thing, that’s okay. Come back and make these creations for Fourth of July. It’s just a few weeks away! Don’tcha just wanna make that fruit-skewer thingy?

Do you remember celebrating Flag Day at elementary school? I do. Mom made me dress in a red skirt, white shirt and dotted blue ribbons all over my hair. I looked … like a dork.

Jaden Hair is a food writer, television personality, and food photographer based in Tampa Bay, Florida. Find more of her recipes in her blog, Steamy Kitchen, where you can also read more about Jaden’s new book, The Steamy Kitchen Cookbook, and the rave reviews it’s received!

I love the ideas … perfect all summer long.

I think I may have to make something from this list on Monday, which also happens to be my birthday. YUM!

My son was born on Flag Day and I have made some kind of Flag Cake, cookies, cupcakes or something red/white/blue on his birthday every Flag Day Birthday for 30-something years. I love all the Flag Day Theme Food!

Flag day is me and my sweeties anniversary so we always celebrate both together:-)

I would like to see the picture of you dressed for flag day as an elementary student!

The skewers are fab. I will be making them for sure. Thanks for the roundup of ideas.

Love these ideas. My husband and nephew both celebrate a birthday on June 14th so Flag Day is highly celebrated around here.

Love the fruit skewers! I don’t do much cake, so this is perfect for me.

I LOVE these ideas! Now I can’t WAIT until flag day!!!

Oh I love, love, love these beautiful flag-inspired desserts. So pretty and colorful!

Flag Day is our “Gotcha Day” for our little Russian Princess, Rhiana. I will SOOOO be using the fruit skewers for her dessert that day!!

Love those flags! Check out this other idea for flag cupcakes with the cake itself dyed red, white, and blue. So neat! http://www.chicaandjo.com/2009/06/30/fourth-of-july-cupcakes/

Flag Day is my birthday, so I celebrate every year. Thanks for all the sweet treats!

its so funny you blogged about it! It’s such a forgotten holiday

I love the skewers! I have to try that!

Flag Day is actually my mom’s birthday, so we always celebrate with a big she-bang! I don’t think we did anything in school though, since we were usually out for summer!