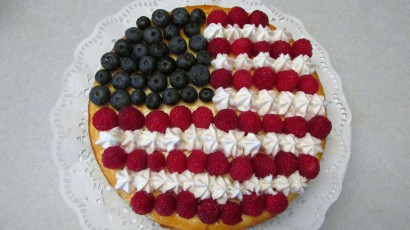 A delicious and patriotic cheesecake for the Fourth of July!

Mix together the crumbs and butter in a bowl. Press the mixture firmly into the bottom of a lightly greased baking pan (9-inch diameter). Bake for 10 minutes; then remove from the oven and set aside.

For the cheesecake:
Adjust the oven temperature to 350 F.

In a large bowl beat together the sugar, cream cheese, lemon juice and peel with an electric mixer on medium speed. Add in the sour cream and mix well. Add in the eggs, one at a time, mixing after each addition.

Pour the mixture into the crust and bake until the center is almost set (about 50 minutes). Remove from oven. Cool completely.

For the glaze:
In a small bowl mix together the powdered sugar and milk until smooth. Once the cheesecake is completely cooled, remove it from the pan to a serving dish or platter. Brush the glaze on top and sides of the cheesecake.

Pipe the whipped cream in between the raspberries and chill for at least an hour before serving. 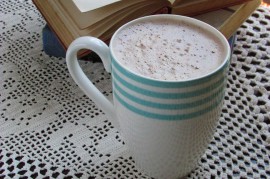 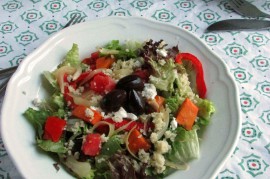 It may be tough to agree on which movie to watch, but an incredible snack is something everyone will love!
END_OF_DOCUMENT_TOKEN_TO_BE_REPLACED

Here's a quick and easy dish for those busy nights. Be a hero in 30 minutes or less!
END_OF_DOCUMENT_TOKEN_TO_BE_REPLACED 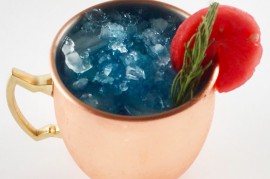 by TheFoodBunni in Holidays
This is the perfect drink to cool you down from that...
0.00 Mitt(s) 0 Rating(s) 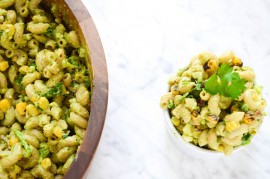 by Paige- My Modern Cookery in Holidays
Make this delicious side dish for your upcoming cookout's and get-togethers....
0.00 Mitt(s) 0 Rating(s) 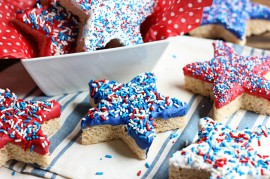 by Stephanie | Worth Whisking in Holidays
A patriotic twist on Rice Krispie Treats! Festive and full of...
0.00 Mitt(s) 0 Rating(s) 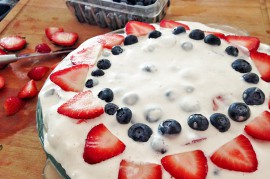 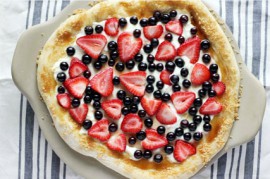 by Sweet Little Kitchen in Holidays
Berry and Goat Cheese Dessert Pizza is a quick and delicious...
0.00 Mitt(s) 0 Rating(s)