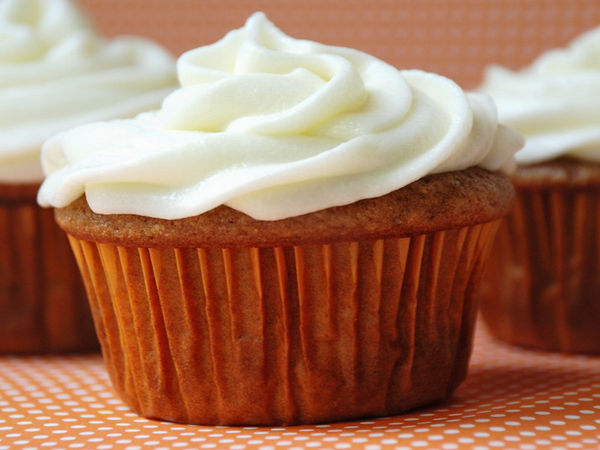 The applesauce in the batter makes these cupcakes incredibly moist. Add the spices and you have a delicious treat.

With an electric mixer on medium-high speed, cream butter and both sugars until pale and fluffy. Add eggs, one at a time, beating until each is incorporated, scraping down the sides of the bowl as needed. Reduce speed to low, add applesauce and then the flour mixture. Beat until just combined.

Divide batter evenly among lined cups, filling each three-quarters full. Bake, rotating tins halfway through, until a toothpick inserted in the center comes out clean, about 20 minutes. Transfer tins to a wire rack to cool completely before removing cupcakes. Cupcakes can be stored overnight at room temperature, or frozen for up to 2 months in an airtight container.

Frosting:
Using an electric mixer, beat cream cheese, butter, and confectioners’ sugar until smooth; beat in vanilla and cinnamon. Top each cupcake with 2 tablespoons of frosting and spread to cover. You can also pipe the frosting onto the tops of the cupcakes.

Frosted cupcakes can be refrigerated for up to 3 days in an airtight container; bring to room temperature before serving. 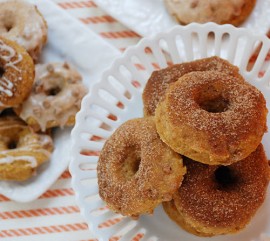 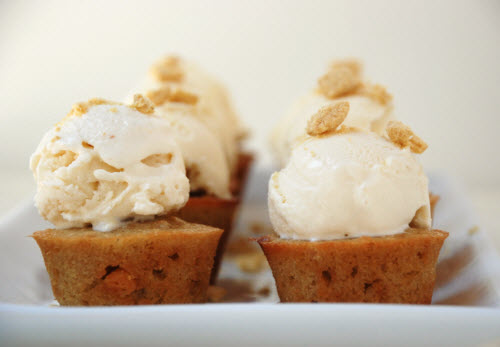 Find multiplydelicious elsewhere on the web.

WONDERFUL! I used just all-purpose flour, because I didn’t have any whole-wheat, and I left out the extra nutmeg & cloves (picky husband)…but they were FABULOUS!!!!

Our members have the best ideas for food gifts. Like this one!
END_OF_DOCUMENT_TOKEN_TO_BE_REPLACED

Put that slow cooker to work and rest easy knowing you have a warm meal waiting for you at the end of the day!
END_OF_DOCUMENT_TOKEN_TO_BE_REPLACED