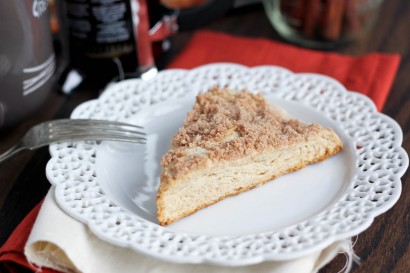 A quick and super simple recipe for cinnamon sugar scones. Soft, dense and buttery and full of cinnamon and sugar.

Preheat oven to 425ºF and line a large baking sheet with a Siplat liner or parchment paper.

In a large bowl, whisk the flour, baking powder, sugar, cinnamon, and salt together until well-blended. Working quickly, add the cold butter and use a pastry cutter or two forks to blend the mixture until it resembles wet sand. Stir in the heavy cream and milk and stir quickly just until the dough comes together. Be careful not to over-mix.

Transfer the dough onto a clean, floured surface and knead the dough until if forms into a ball. With floured hands, pat the dough into a large circle about 3/4-inch thick. Cut the dough into triangles with a pizza cutter, cutting as if you were cutting pizza. Carefully transfer the scones to the prepared baking sheet.

For the topping, in a small bowl, combine the sugar, cinnamon and milk and mix until the sugar and cinnamon are moistened. Spread the mixture in a thin layer on top of the scones.

Bake the scones for 12-14 minutes, or until they are slightly puffy and golden brown.

Inspired by the Pioneer Woman; adapted from Two Peas and Their Pod. 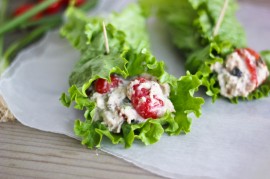 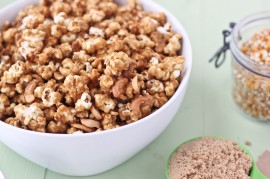 Find BakeYourDay elsewhere on the web.

It may be tough to agree on which movie to watch, but an incredible snack is something everyone will love!
END_OF_DOCUMENT_TOKEN_TO_BE_REPLACED

Here's a quick and easy dish for those busy nights. Be a hero in 30 minutes or less!
END_OF_DOCUMENT_TOKEN_TO_BE_REPLACED 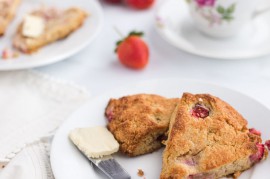 by Kendall Smith in Breads
These Strawberry Scones are gluten-free and, with only 4 grams of...
0.00 Mitt(s) 0 Rating(s) 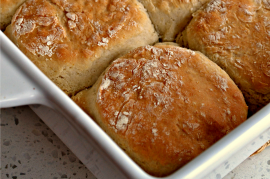 by Beth Pierce in Breads
Fluffy and buttery these weeknight doable easy 7-Up Biscuits are made...
0.00 Mitt(s) 0 Rating(s) 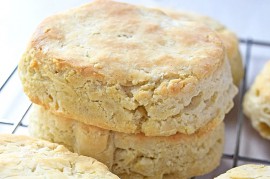 by Alycia Stray in Breads
Buttery and flaky, these buttermilk biscuits are easy to make and...
0.00 Mitt(s) 0 Rating(s) 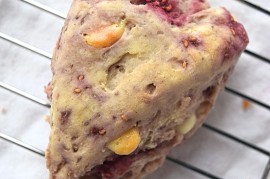 by Alycia Stray in Breads
Flaky and buttery scones get a zip of flavor from raspberries...
0.00 Mitt(s) 0 Rating(s)