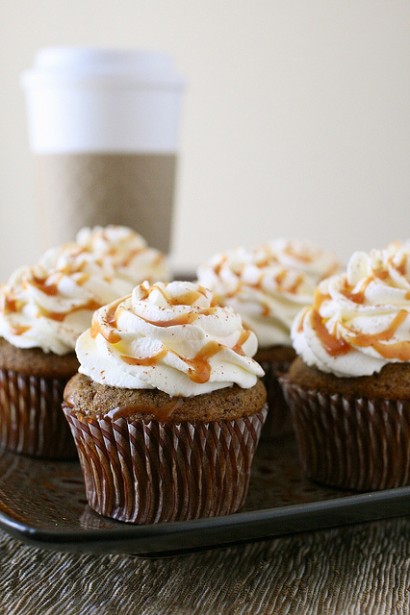 To make the cupcakes, preheat the oven to 350°F. Line cupcake pans with paper liners. In a medium bowl, combine the flour, espresso powder, baking soda, baking powder, cinnamon, nutmeg, cloves and salt. Stir together and set aside. In the bowl of an electric mixer, blend together the pumpkin, granulated sugar, brown sugar and oil. Add the eggs one at a time, beating well after each addition. With the mixture on low speed, add the flour mixture in two additions, mixing just until incorporated.

Fill the cupcake liners about three-quarters full. Bake until the cupcakes are golden and a toothpick inserted into the center comes out clean, 18-20 minutes. Transfer the pans to a wire rack and let cool for 10 minutes, then remove the cupcakes from the pans. While the cupcakes are still warm, brush them two or three times with the coffee or espresso, allowing the first coat to soak in before repeating. Let cool completely.

To make the frosting, place the heavy cream in the bowl of an electric mixer fitted with the whisk attachment. Whip on medium-low speed at first, gradually increasing to high speed. Blend in the confectioners’ sugar gradually. Whip until stiff peaks form, being careful not to over-beat. Use a pastry bag fitted with a decorative tip to frost the cooled cupcakes. Sprinkle with additional ground cinnamon and drizzle with the caramel sauce. Store in an airtight container and refrigerate. 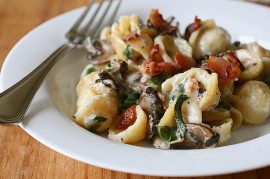 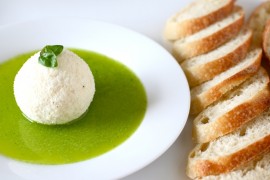 Find annmarsh elsewhere on the web.

I made this recipe for my husband and grandchildren. My husband is a great cook and he loved the cupcakes. My grandcchildren gave it thumbs up. I omitted the coffee because I was making it for my grandchildren. The cupcakes were not too sweet but just right.

OMG! I am making this for my teens upcoming High School Choir bake sale. Just awesome!!!

These are going to my next tailgate!

I am so going to have to try these! I was dreaming of these cupcakes and BAM here they are!! Not to mention, they look gorgeous! ~Megan

Yum! I can’t wait to try these!

I have made these multiple times now, and each time was a hit! I also like these with a whipped cream cheese frosting. I suggest poking a couple of shallow holes in them before generously applying the coffee to let it soak in really nice!

I just made these for a friend’s wedding and they were a hit! Thank you for sharing this yummy recipe. I accidentally left out the eggs of one batch of them, but you couldn’t tell the difference! Just a thought for someone looking for a vegan recipe.

A keeper! Bur i left out expresso powder & coffee (i do not care for coffee/expresso) also used a cinnamon cream cheese frosting due to travel. All at gathering raved about them and not a crumb was left!!

I made this recipe the other day, and while they were good, it didn’t have enough pumpkin flavor for me and the next day, it didn’t have any espresso taste either. The frosting was simple and delicious though!

Our members have the best ideas for food gifts. Like this one!
END_OF_DOCUMENT_TOKEN_TO_BE_REPLACED

Put that slow cooker to work and rest easy knowing you have a warm meal waiting for you at the end of the day!
END_OF_DOCUMENT_TOKEN_TO_BE_REPLACED