An different take on a sweet southern candy.

*To toast nuts, preheat oven 350° and spread the nuts out in a single layer on a baking sheet. Toast, stirring occasionally, for 8 to 10 minutes. Or you can toast them in an ungreased skillet over medium heat (not very long), stirring, until light golden brown and aromatic.

In a heavy saucepan over low heat, melt 4 tablespoons butter. Stir in the granulated and brown sugars, dash salt, and heavy cream. Cover and bring to a boil over medium heat. Once boiling, remove the lid and boil until temperature reaches 242° on the candy thermometer, or almost firm ball stage.*

Stir in the toasted pecans.

Remove from heat and beat in flavoring and bourbon. Continue beating until the candy loses its glossiness, becomes creamy in appearance, and begins to thicken.

Quickly drop the candy mixture by tablespoons onto the greased cookie sheet. Wrap pralines individually in plastic wrap to store.

*Firm ball stage: A small amount of the mixture, when added to cold water, will form a soft ball which will hold its shape and not flatten once removed from water. 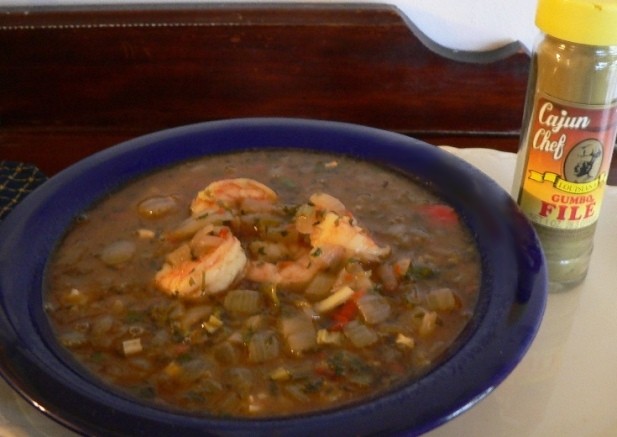 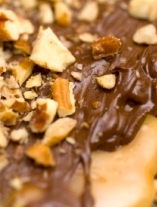 Find LBDDiaries elsewhere on the web.

Our members have the best ideas for food gifts. Like this one!
END_OF_DOCUMENT_TOKEN_TO_BE_REPLACED

Put that slow cooker to work and rest easy knowing you have a warm meal waiting for you at the end of the day!
END_OF_DOCUMENT_TOKEN_TO_BE_REPLACED 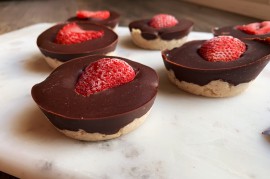 by Purely Healthy Living, Maria in Desserts
A simple, no bake recipe made from the delicious combination of...
1.00 Mitt(s) 1 Rating(s) 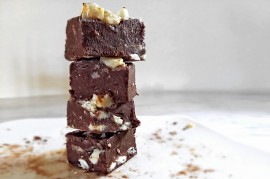 by The Gourmet Country Girl in Desserts
Making fudge is easy with this low calorie dessert recipe! This...
0.00 Mitt(s) 0 Rating(s) 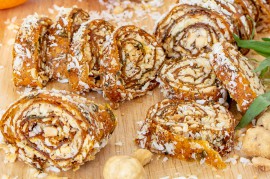 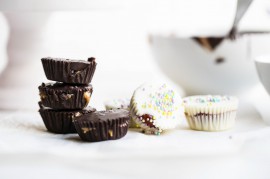 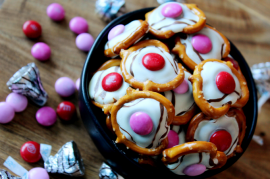 by Chanda | My Farmhouse Table in Desserts
An easy heart-shaped recipe for Valentine Pretzel Hug Bites is perfect...
0.00 Mitt(s) 0 Rating(s)