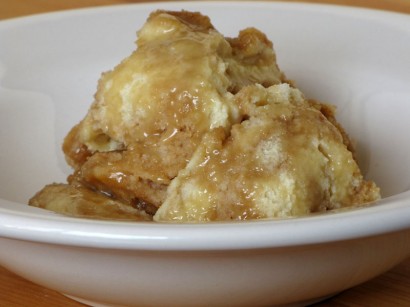 Have you heard of fluffernutter sandwiches made with peanut butter and marshmallow creme? Those were the inspiration for this recipe. Enjoy!

Preheat the oven to 300F. Add the cubed bread to a sheet pan and bake for 10 minutes. Do not allow the bread to brown. This dries out the bread so the custard readily absorbs into the bread. After you pull the cubed bread out of the oven, let it cool for about 5 minutes.

While the bread is drying out, combine the eggs and sugar and whisk aggressively for about a minute. Add the half-and-half, salt, and vanilla and whisk to combine. Set aside.

In a microwave-safe bowl, combine the butter, peanut butter, and Marshmallow Fluff. Microwave the mixture for about 60 seconds then whisk until thoroughly combined. Heat the mixture for another 45 seconds or until the mixture is thin and free of any lumps after being whisked. Slowly whisk the hot mixture into with the bowl with the half-and-half. Whisk until smooth. The peanut butter will leach out a little bit but don’t worry about it.

Transfer the dried bread cubes into the custard mixture and stir to combine. Increase the oven temperature to 325F.

Gently stir the bread every minute or so for 5 minutes to ensure the custard is being absorbed evenly. Stir the mixture one final time then pour the bread mixture into a 4-quart casserole dish that has been sprayed with cooking spray. Allow the mixture to rest for 5 additional minutes without stirring. After 5 minutes, use the back of a spoon to push down the bread to give it one more dunk before baking. Bake for about 50 minutes or until a knife inserted in the middle comes out relatively clean. Let the pudding rest for at least 15 minutes (preferably 30 minutes) before serving. It should be served warm but not hot.

If desired, drizzle with a some Peanut Butter Glaze (recipe follows).

Place the peanut butter and milk in a medium bowl and microwave for about 30 seconds. Whisk until smooth. Add the powdered sugar and whisk thoroughly to combine. If the glaze is too thick, add more milk. If it is too thin, add more powdered sugar.

Notes:
1) To make a Fluffernutter Nanner Bread Pudding, add some chopped bananas to the mixture before baking.
2) Some bread puddings are on the drier side – especially the part that’s directly exposed to the heat in the oven. Some are on the moist side. This recipe makes a moist, old-style bread pudding.
3) During recipe development, I tried making this with as much as 2 cups of peanut butter. That was just too peanut-buttery for my taste – especially if you put the glaze on top. I also tried it with as little as one cup of peanut butter. With only 1 cup of peanut butter, you could barely tell any was in there. If you’re a peanut-butter-aholic, try it with 2 cups of peanut butter sometime. That’s not my thing but you might like it.
4) I have not tested this recipe with natural peanut butter.
5) If you like your desserts on the sweeter side, feel free to double the glaze recipe.

For an accompanying story, check out my blog. 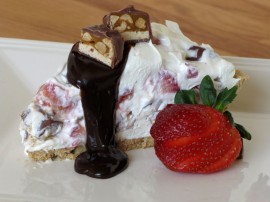 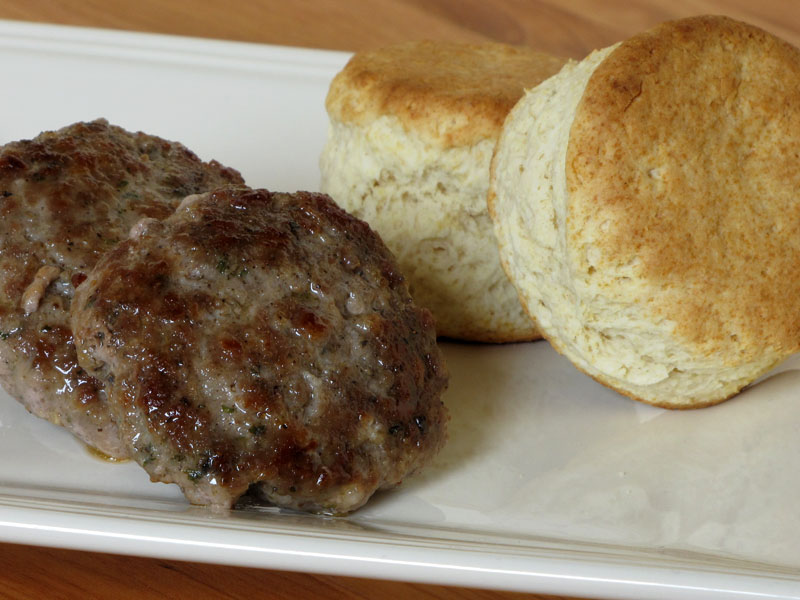 ohmygoodness…my grandchildren LOVE fluffernut sandwiches! I will have to try this out on them. Thanks so much!

Oh man! Peanut Butter Fluffernutter was one of my favorite sandwiches as a kid! Must try this!!

This sounds wonderful! Peanut Butter and Marshmallow Cream is one of mine and my kids favorite combos. I can’t wait to try it!

Our members have the best ideas for food gifts. Like this one!
END_OF_DOCUMENT_TOKEN_TO_BE_REPLACED

Put that slow cooker to work and rest easy knowing you have a warm meal waiting for you at the end of the day!
END_OF_DOCUMENT_TOKEN_TO_BE_REPLACED 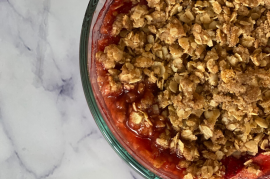 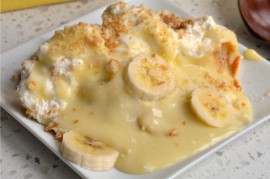 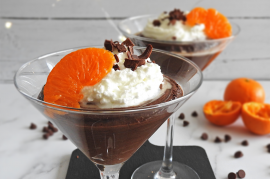 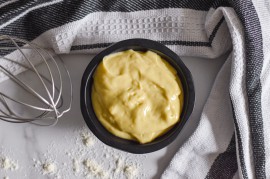