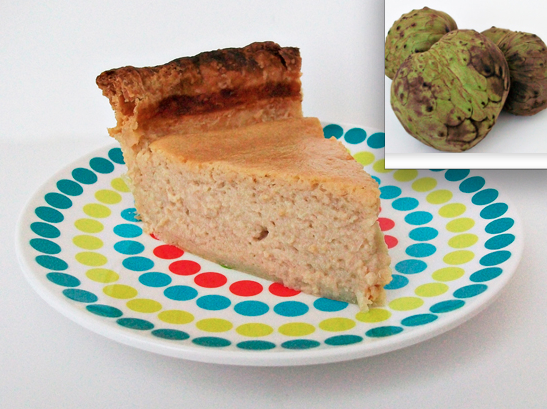 Cherimoya is a unique tasting South American fruit. The typical cherimoya pie recipe found in a search will produce a very light and fluffy custard, with a very light amount of flavor to match. After trying this I reworked the recipe to produce a heavier custard and more intense flavor. This is what I came up with.

Pre-bake pie shell: Poke holes in the crust, line with foil and weights and bake at 375 for 20 minutes (or whatever your pie crust recipe calls for). Remove foil and weights, then continue baking until inside of shell is golden brown.

Note: I used my 9-1/2″ pyrex pie dish, and it worked well. This recipe does not make enough filling for a deep dish pie, but there may be some filling left over if you use a standard 9″ pie plate. Just fill it with as much as you can.

Whisk together pureed cherimoya, egg yolks, evaporated milk, sugar, nutmeg, vanilla, salt, and flour. Beat egg whites just until soft peaks form. (Do not do this until just before you are ready to use them, or they will fall.)
Fold beaten egg whites into fruit mixture until combined and no white streaks remain. Resist the urge to stir! Have patience, keep folding. When combined pour mixture into pie shell.

Bake at 375 until a knife inserted comes out clean, approximately 25 minutes. The filling will puff up above the pie crust, but settles when it cools. The top will turn a light golden brown.

*I found the best way to do this was to cut the cherimoya in half and scoop the fruit out with a spoon. The large black seeds are easily removed with your hands, but it is not a good idea to use a food mill or anything else that may grind the seeds into the fruit. Then simply puree until as smooth as possible in a food processor or blender, a few small chunks will not be a problem. 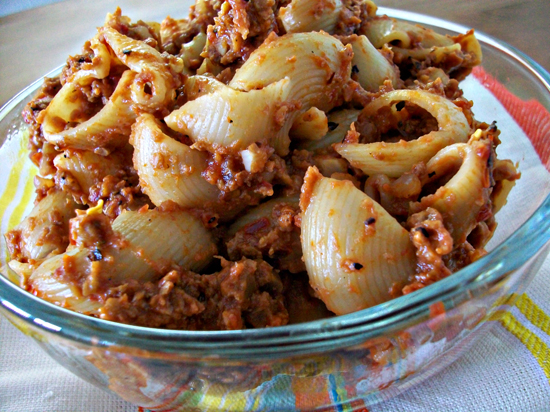 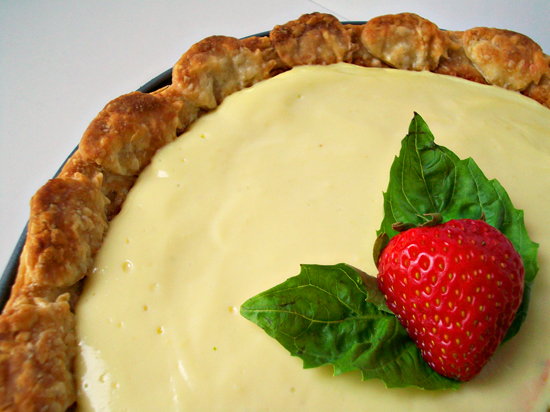 Find piescientista elsewhere on the web.

have had cherimoya several times; its much like pineapple pudding; but never cooked with it; sounds like it would be yummy.

Our members have the best ideas for food gifts. Like this one!
END_OF_DOCUMENT_TOKEN_TO_BE_REPLACED

Put that slow cooker to work and rest easy knowing you have a warm meal waiting for you at the end of the day!
END_OF_DOCUMENT_TOKEN_TO_BE_REPLACED