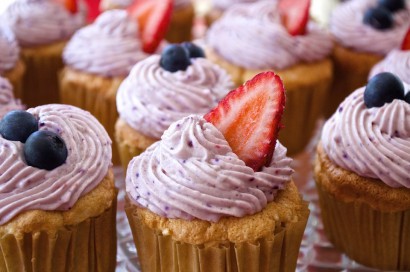 It’s summertime and it’s also dessert time! These cupcakes are perfect for cookouts or park get-togethers. They are light and fluffy and have a great refreshing whipped cream frosting on top!

In a food processor, pulse sugar until super fine, about 2 minutes. In a mixing bowl, sift together half of the sugar, the cake flour and the salt.

In a large mixing bowl, whisk together egg whites, water, vanilla and cream of tartar until well combined, about 2 minutes. Add remaining sugar to mixture, until medium peaks form. Sift just enough of the flour mixture in to evenly dust the top of the egg white mixture and using a spatula gently fold flour layer into egg white mixture and continue this process until all of the flour mixture has been incorporated.

For the cream cheese whipped cream topping:
Pulse freeze dried fruit in a food processor or coffee grinder until fine. 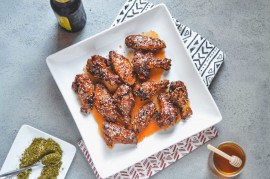 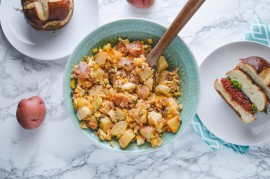 Find Paige- My Modern Cookery elsewhere on the web.

Our members have the best ideas for food gifts. Like this one!
END_OF_DOCUMENT_TOKEN_TO_BE_REPLACED

Put that slow cooker to work and rest easy knowing you have a warm meal waiting for you at the end of the day!
END_OF_DOCUMENT_TOKEN_TO_BE_REPLACED