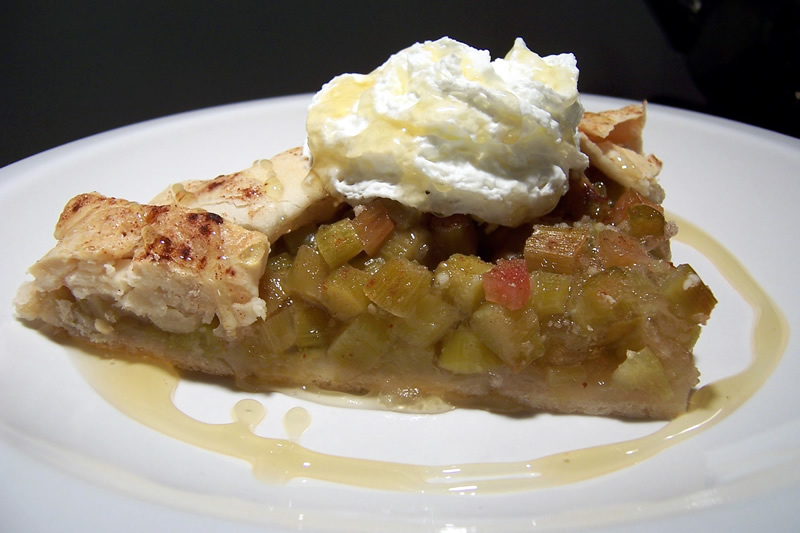 I loves me some rhubarb, and lately I’ve been in rhubarb heaven with great weather for my rhubarb beds. Here’s a quick and easy way to make a simple tart that’s easy enough for a weeknight.

** Due to the short baking time of a tart compared to a pie, I was concerned with how well the rhubarb would soften in the oven, so I decided to blanche the rhubarb for a few seconds in a pot of boiling water, and then quickly into an ice bath to cool. Peeling the rhubarb also helps. Oh, and did I mention the rhubarb is from our garden?

2. Place rhubarb in a small bowl and sprinkle with the half of the sugar and the tapioca. If the rhubarb is particularly tart, go ahead and add the rest of the sugar. Let rest while the oven warms and the pie crust is prepped. This will draw some water out of the rhubarb.

3. Cover a baking sheet with parchment. (Tip: a few shots of cooking spray will help hold the parchment in place on the baking sheet.)

4. Carefully roll out the pie crust onto the parchment, and repair any tears or holes.

5. Spoon the half the rhubarb onto the center of the pie crust, leaving about a two inch border from the edge. Sprinkle with a bit of sugar, cinnamon, and a few grates of fresh nutmeg. Then layer on the rest of the rhubarb, and add a bit more sugar, cinnamon and nutmeg.

6. Carefully start forming the pie crust into a tart around the rhubarb by folding and overlapping the edge. Brush the folded crust with the melted butter, and lightly sprinkle on a bit more sugar and cinnamon.

7. Place on the center rack of your 400 degree oven, and bake for 35-40 minutes, but start watching it after 25 minutes, until it is golden brown and delicious.

8. Remove from oven and cool before serving. Garnish with honey and whipped cream (please, make your own if you have the time!) 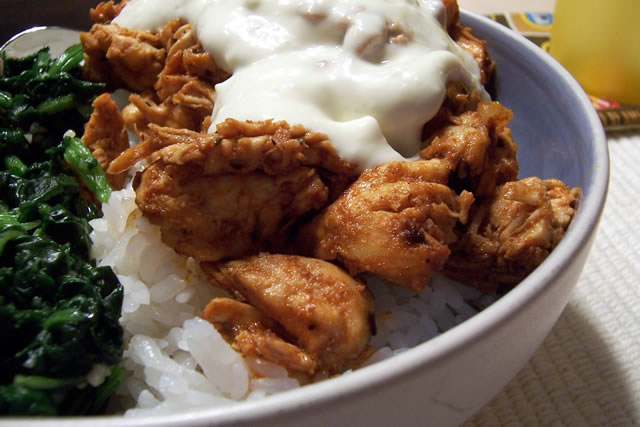 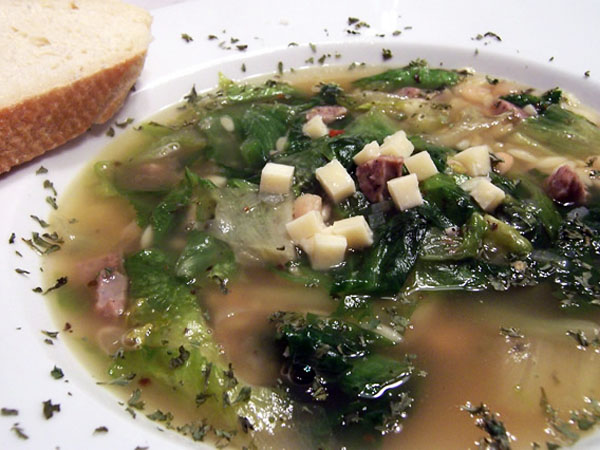 Find mattthewebguy elsewhere on the web.

Our members have the best ideas for food gifts. Like this one!
END_OF_DOCUMENT_TOKEN_TO_BE_REPLACED

Put that slow cooker to work and rest easy knowing you have a warm meal waiting for you at the end of the day!
END_OF_DOCUMENT_TOKEN_TO_BE_REPLACED