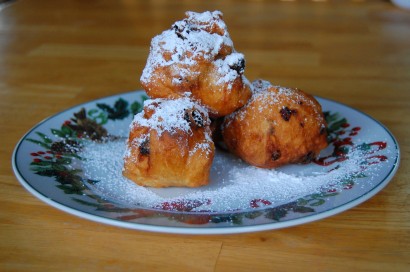 Being married to a Dutch national and raising three little Dutchies, certain traditions are expected. A Dutch friend gave me this recipe that I converted and tweaked to our preference.

Oliebollen is served on New Year’s Eve (Oudejaarsavond) and you will find street stands selling them during the holiday season. Oliebollen is what our donuts are based on.

So from my house to yours Happy New Year!

Put the raisins in a bowl of lukewarm water and soak for 10-15 minutes to reconstitute some. Drain them well and set aside.

In a large mixing bowl (one that you can use a handheld mixer with or the bowl of your mixer) add the flour and yeast. Mix the two together with a fork . Make a dent in the middle of the pile and add the egg. Pour the warm milk on top and sprinkle with salt.

Start the mixer and mix until the dough is smooth. Add in the raisins and mix until just combined and as equally distributed as possible.

Cover with a damp tea towel and leave to rise for at least 1 hour.

Heat a couple inches of oil in a heavy, deep pot (or you can use your deep fryer).

Use two spoons to scoop out a spoon full of dough. Then use your hands to roll it into a ball as best you can. **

Put a few of the dough balls into the hot oil. Fry until golden brown, turning half way through. Cooking times will vary based on the size of the ball you make.

Put the cooked ones on a paper towel covered plate so that the grease drains. Repeat frying the rest of the batter. Cover the doughnuts with copious amounts of powdered sugar and enjoy the original doughnut.

* Diced apples can be used as well as raisins. Peel and dice one small apple and keep out some of the raisins (not too many just a little).

** After making this for a few years, what I find works is using a cup of cold water. Dip the two spoons in the water in between scoops of dough—it helps to keep the dough from sticking to the spoons and enables you to make the balls better. Dip the spoons in water as needed. When adding the dough into the hot oil, be cautious of the water/oil combining and splattering.

*** This makes roughly 24 of the size balls you see above. No one can eat just one and if you are my Hubby you eat half of them as I am cooking them. 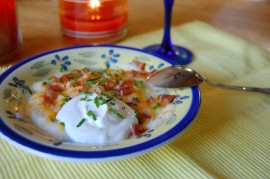 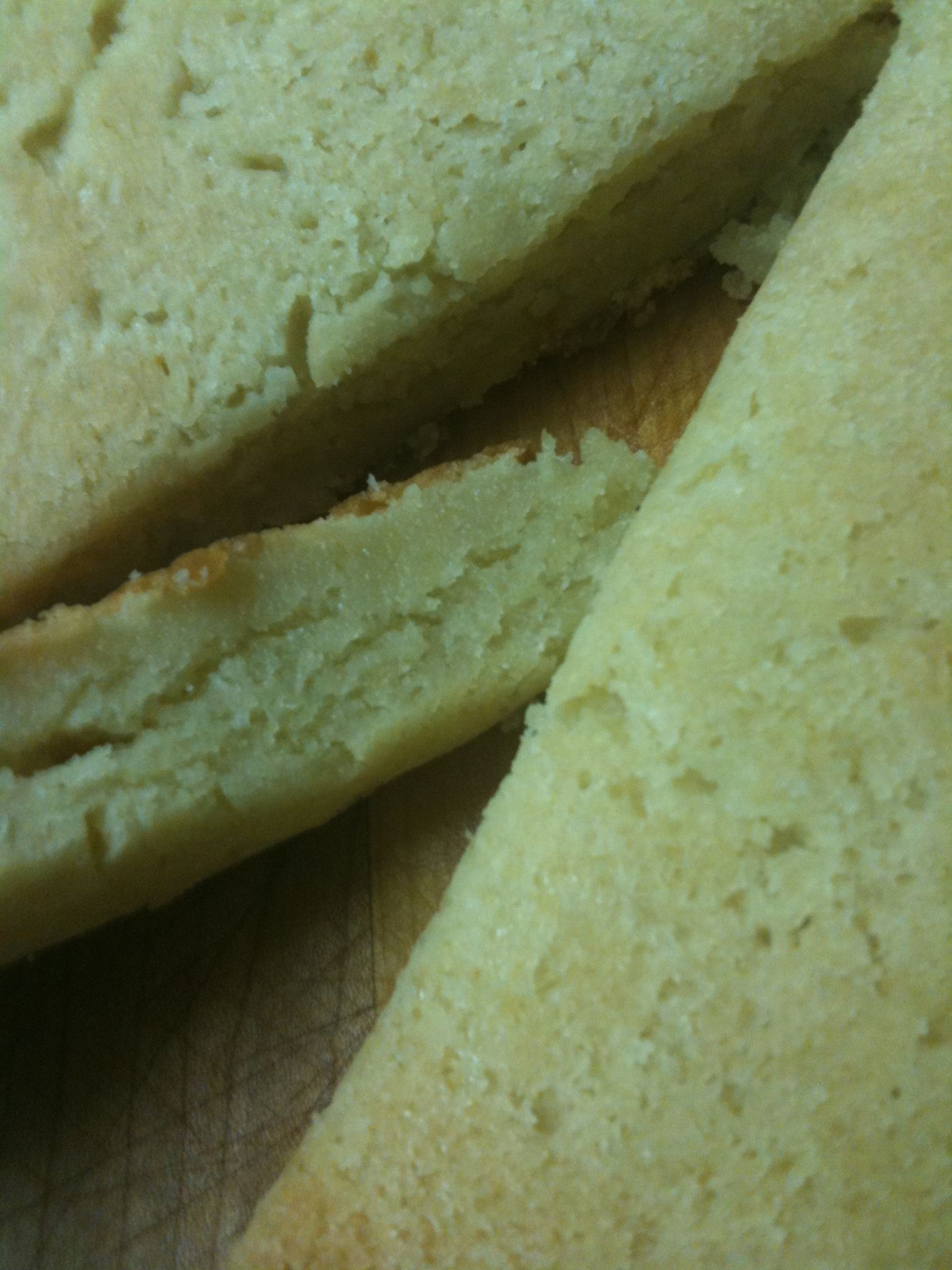 I just had oliebollen for the first time in November in Den Haag. I fell totally in love. Ate at least one a day for a week, and could hardly zip my pants by the weekend. They are the best fried dough treats I’ve ever eaten. I loved them so much, I wrote about them in the vacation stories I posted on my blog (complete with photos). That was an awesome trip.I even snagged a few more in Amsterdam at Schipol airport. If you want to, you can read more at:
http://insidenanabreadshead.wordpress.com/2010/12/02/vacation-photos-part-1-the-hague-thats-in-the-netherlands-yall/

Thank you so much for sharing the recipe!

It may be tough to agree on which movie to watch, but an incredible snack is something everyone will love!
END_OF_DOCUMENT_TOKEN_TO_BE_REPLACED

Here's a quick and easy dish for those busy nights. Be a hero in 30 minutes or less!
END_OF_DOCUMENT_TOKEN_TO_BE_REPLACED