Layered Pumpkin Pie in a Jar 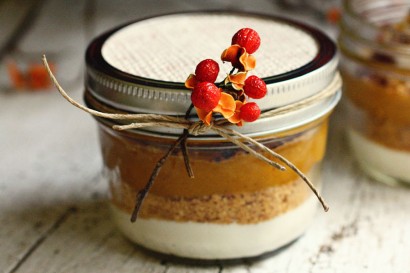 Preheat oven to 350°F. Place the mixing bowl and beater(s) for beating the cream into the freezer to chill.

First prepare the graham cracker crust layer. Stir together the graham cracker crumbs, sugar, cinnamon, and salt. Then add the melted butter and stir until evenly moistened. Spread mixture into a 9″ x 13″ pan and bake for 5 minutes. Then remove it from the oven, stir it and bake for another minute or two, or until crumbs are fragrant and nicely browned. Be careful not to burn. Remove from oven and let cool completely while you prepare the other pie layers.

And the final layer, the pumpkin layer. Pour the milk into a large bowl. Add the pumpkin, pudding mixes, and spices. Beat with a wire whisk for 2 minutes, or until very well blended. The mixture should be quite thick.

Fill a pastry bag fitted with a large plain round tip (I used Ateco No. 808) with the whippy cream cheese mixture. Pipe a layer of this mixture onto the bottom of a jar, starting at the perimeter of the jar and working to the center. Lightly tap the jar on a towel (so jar doesn’t break) on the counter, to settle the mixture in. Repeat this step with the rest of the jars.

Sprinkle the whippy cream cheese layer with 2 tablespoons of baked graham cracker crumbs. Lightly tap the jar again to even out the crumbs. Repeat with the rest of the jars.

Using the same large plain round tip, fill another pastry bag with the pumpkin pudding mixture. Pipe this mixture onto the graham cracker crust layer, in the same manner as the first whippy cream cheese layer. Lightly tap again and repeat with the rest of the jars.

Now you can simply add a dollop of the reserved sweetened whipped cream (without the added cream cheese) to the top of each pie with a spoon, or you can pipe a more refined swirl, like I did, using the same large plain round tip. Then finish with a sprinkling of graham cracker crust and chocolate shavings, if desired. If you plan to transport these jars with their lids screwed on, keep in mind the height of your top dollop, if you don’t want it to get smooshed when you add the lid.

These jars of pie can easily be made the day prior to serving. In fact, I think they taste best after being completely chilled overnight. 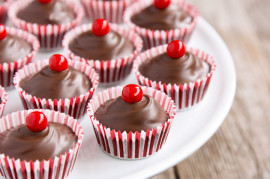 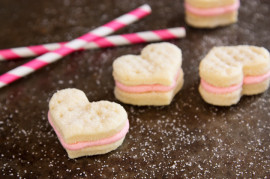 Find afarmgirlsdabbles elsewhere on the web.

That’s wonderful, gamma! I’m so happy you liked them!

I made these this weekend for our family Thanksgiving Dinner. I wanted something different to add to the dessert table. I made them in little individual serving dishes. They were a huge hit! It was just enough so we could sample them but still have room for our favorites. Thanks so much for sharing. This will be a tradition for us!

This is a great idea for a little something extra for a teacher’s gift!!

What a fun idea! I haven’t made it yet – but I fully intend to. It looks so delicious and like a fun little gifty treat. Thanks for sharing!

Everyone loved them! I will definitely make them again!

Everyone I gave these to said they were great and they wanted more.

Our members have the best ideas for food gifts. Like this one!
END_OF_DOCUMENT_TOKEN_TO_BE_REPLACED

Put that slow cooker to work and rest easy knowing you have a warm meal waiting for you at the end of the day!
END_OF_DOCUMENT_TOKEN_TO_BE_REPLACED