Try your hardest not to dig and scrape for all of the peanut butter in this ice cream. It’s impossible, I promise you.

In a sauce pan over medium heat, stir together 2 cups whole milk, sugar, cocoa powder and salt. Heat until the milk starts to steam, but before it starts to boil.

In a small bowl, stir together the remaining 1/2 cup of whole milk and the cornstarch. Stir until no lumps remain.

Add the cornstarch mixture to the heated milk and chocolate mixture and bring to a low boil. Boil until thickened. The mixture will have the consistency of chocolate pudding. Remove from the flame.

In a small sauce pan, heat 1/2 cup of heavy cream. Once boiling, remove from heat and pour over the chocolate chips. Let sit for 1 minute, then stir the cream and chocolate mixture until incorporated.

Stir the cream and chocolate mixture into the cooling chocolate ice cream base. Place in a bowl, covered with plastic wrap or a lid, and put in the fridge until cool.

Transfer the ice cream into a freezer safe container and fold in the remaining 1/4 cup of peanut butter. Cover and freeze until solid. 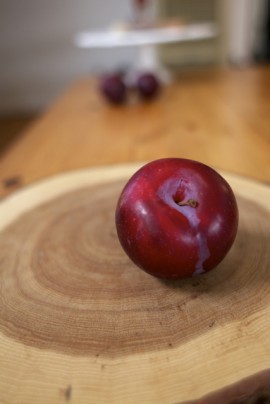 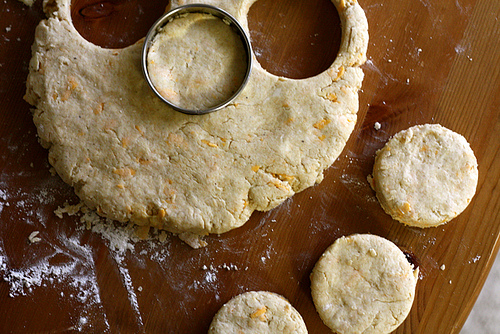 Find joythebaker elsewhere on the web.

mousemom03: I used Jif, and it wasn’t too sweet. I thought it complemented the sweetness of the chocolate really well. (PB and chocolate ice cream is my favorite flavor, but I don’t like it too sweet.) I heated the PB in the microwave for 15-20 seconds, which made it easy to drizzle in. Good luck in trying out a natural PB! I’m interested to see how it turns out.

This looks so good, but I have a question: is there a brand of Peanut Butter that you find works best? I usually buy natural/organic PB…but I am thinking maybe Jiff might be smoother & easier to work with? Or is it too sweet? Natural PB is not as sweet as that kid-friendly stuff. Anyways, if you have experimented & found something you like best…let me know!

OMG!!! I used my new ice cream maker for the first time last night and used this recipe. I normally buy the cheapest largest tub of whatever is on sale ice cream for my 3 boys, they are NOT picky.
Who knew ice cream could be so rich and creamy? I am not a big straight chocolate fan, I find it somewhat bitter. The peanut butter is a perfect compliment to mellow the chocoate and the taste is DIVINE. At this rate, my family will be sick of ice cream!!

This is my favorite flavor at Baskin-Robbins. Since we left California last year for the Ozarks, I haven’t been able to have it. You’ve inspired me to go buy an ice cream maker so I can try this. Looks yum!

Pretty dang good. Chocolate on it’s own tastes quite a bit like chocolate pudding. I made the mistake of churning before it was all the way cool and over an hour later it wasn’t quite hard yet. I gave up after 1 1/4 hours and added the peanut butter. Less of a ribbon than I wanted, but still really delicious!

Decadent, delicious ice cream. The chocolate base would be amazing on it’s own, but it’s over the top with peanut butter. I made it with Trader Joe’s creamy salted peanut butter which worked perfectly in terms of texture, consistency and taste. Oh, and beware sampling the chocolate base while it’s cooling–you’ll find yourself tempted to eat the whole bowl before you even freeze it!

This is delicious! I used dark cocoa powder, which made it even more decadent. I had a little trouble with the chocolate mixture sticking to the bottom of the pan as it boiled, even at a very low boil. Next time I’ll turn the heat down more and see if that makes a difference. I’ll definitely make this again. I’ve now discovered the reason I won’t be losing any weight this summer!

Was so very yummy, but I had a problem the second day after it had turned into a rock, maybe I churned it for too long?

Our members have the best ideas for food gifts. Like this one!
END_OF_DOCUMENT_TOKEN_TO_BE_REPLACED

Put that slow cooker to work and rest easy knowing you have a warm meal waiting for you at the end of the day!
END_OF_DOCUMENT_TOKEN_TO_BE_REPLACED