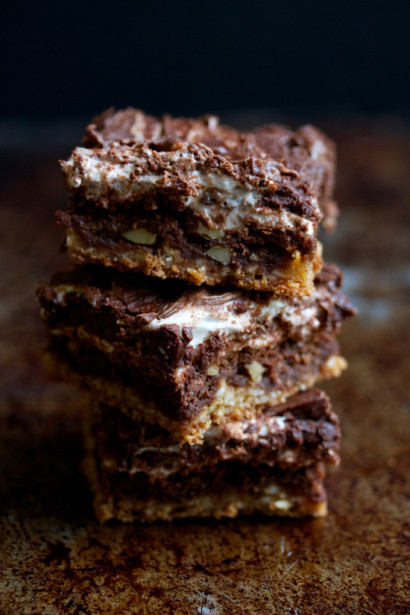 Remove half of the batter, and place in a separate bowl (you want 2 equal portions). Into the first portion of batter, add the coconut and mix to combine. Spread evenly into the greased 9×9 pan.

Bake for 28-30 minutes, until golden and somewhat firm, rotating the pan after 15 minutes. When it’s done atoothpick inserted into the centre should come out clean, and the base may be separating from the sides of the pan ever so slightly. Avoid over-baking.

As the base is baking, make your icing (see below for instructions).

Immediately, and while still warm, dollop the chocolate icing over the surface of the marshmallows, and gently spread with a pallet knife. The marshmallows and icing may marble slightly as you spread.

Allow to cool completely and cut into squares.

Adapted from Company’s Coming 150 Delicious Squares, with adjustments to the notes and method. 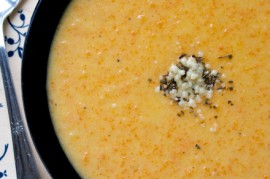 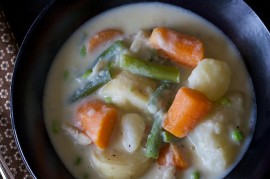 These were just ok.

Our members have the best ideas for food gifts. Like this one!
END_OF_DOCUMENT_TOKEN_TO_BE_REPLACED

Put that slow cooker to work and rest easy knowing you have a warm meal waiting for you at the end of the day!
END_OF_DOCUMENT_TOKEN_TO_BE_REPLACED