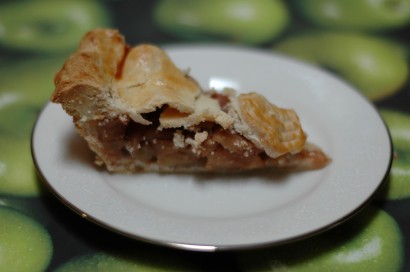 I’ve made this apple pie recipe for at least 5 years, and it is the basis of our Apple Pie Party each fall. Each of our participants also make this pie, and it always earns rave reviews from them and their families.

To make crust, mix flour, salt, and sugar in a food processor fitted with a steel blade. Scatter butter pieces over flour mixture and toss lightly with your hands to coat the butter. Blend together with short pulses until the mixture resembles coarse cornmeal, with pea-sized butter bits. Drizzle in the water a tablespoon at a time, pulsing continually, until the dough comes together. Be careful not to overmix.

Divide dough in half, form into disks and wrap in plastic wrap. Chill at least 30 minutes or up to 2 days. In the meantime, heat oven to 375 degrees (F).

In a large bowl, sprinkle apple slices with lemon juice. In a small bowl, toss together sugars, flour, and cinnamon, and then toss into apples until the fruit is coated. Set aside.

Prepare egg wash (1 egg yolk and 1 Tablespoon of heavy cream or milk). In a small bowl, whisk the yolk and cream together. Set aside.

After dough has chilled, flour a work surface and the top of each pastry disk and roll out so that when you place the pie plate upside down on the dough, the pastry extends at least 2 inches all around. Use a rolling pin to roll dough up and transfer to pie plate. Unroll and press lightly into pie plate. Fill with apple mixture. Top with second crust and trim edges of the crust to about 1/2-inch overhang. Crimp edges with your fingers or a fork. *OR don’t worry about trimming and just roll extra crust under for a more rustic look.

More Recipes from The Deutsch Girl 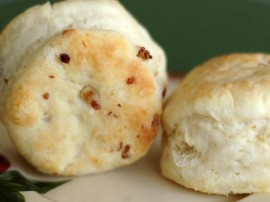 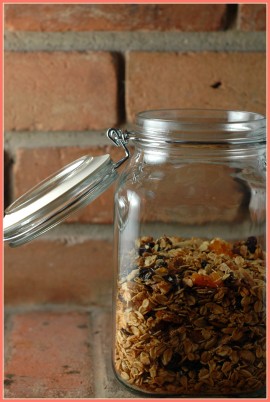 Find The Deutsch Girl elsewhere on the web.

Our members have the best ideas for food gifts. Like this one!
END_OF_DOCUMENT_TOKEN_TO_BE_REPLACED

Put that slow cooker to work and rest easy knowing you have a warm meal waiting for you at the end of the day!
END_OF_DOCUMENT_TOKEN_TO_BE_REPLACED