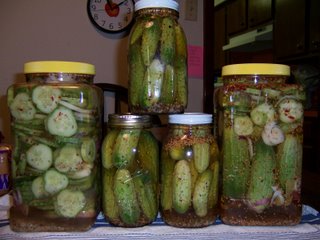 I created and perfected this recipe over the last 10 years to use up an abundance of cucumbers that have been given to me. I love that they don’t require processing in a hot water bath canner, and they stay crisp and crunchy!

Stir brine ingredients to dissolve salt as much as possible.

In quart jars or any airtight container that can be used in the fridge, pack fresh whole cucumbers or peeled and sliced cucumbers, adding sliced onion, peppercorns, garlic and hot peppers if used, equally among the jars/containers. Stir brine again and pour over cucumbers to cover, then cover tightly and place in the fridge.

You may also use small zucchini squash in this recipe or in almost any pickling recipe that calls for cucumbers, including relishes, chow chow, piccalilli and my favorite, bread and butter pickles.

For the refrigerator pickles, I’d use equal parts cucumbers and small zucchini if using the squash in this recipe.

According to how many cucumbers you have, you may need more onion and garlic and more brine to cover your cucumbers. These have to stay refrigerated because they’re not processed in a canner for long storage. However, they will keep indefinitely in the fridge, if they last that long. Hope they turn out well for you. 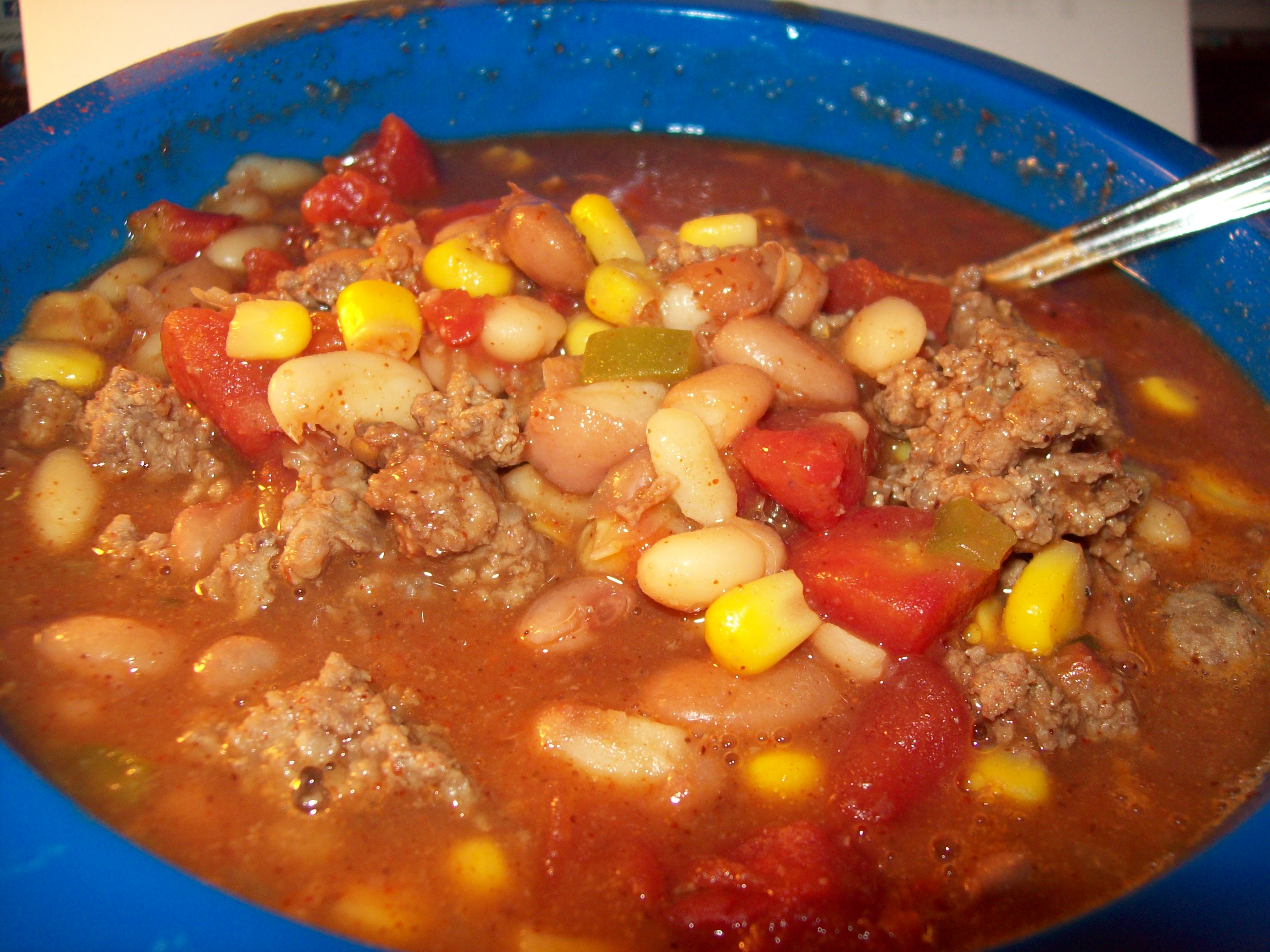 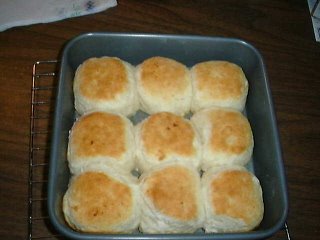 @Cookwithbarb I’ve had them in my fridge for almost a year now and they are still good.

I am excited to try a more “kosher” style pickle. I have been playing with sweet/ or B/B pickles. Although pickles don’t last long in my house, how long is safe for them in the frige? Thanks again for a new recipe. This site has never disappointed me.

You can eat these immediately, but for full flavor I’d wait at least 3 or 4 days for full flavor, especially for whole cucumbers. Sliced cukes will be ready a bit sooner. Hope you all enjoy them!

I just put up 4 jars of these. How long do you let them sit? I’m so excited!

Thank you so much for the recipe. I didn’t use the hot peppers and these turned out wonderful! So easy, too!

Loved these! Put dill in one of the jars and we really enjoyed them that way, as well. Thanks for a great recipe!

Delicious and easy recipe! I made 4 jars and everyone in my family loved them. My mom even asked for the recipe. Just enough salt and sour, but not too much. I added carrots and onions to mine, just for a little variation. They’ve been in the fridge about 5 days and they get better each day!

Best pickle EVER! I made 20 jars thinking that would last us until the next season. Silly me. My husband eats two jars every three weeks…awesome recipe!

So simple and we now believe they are our favorite pickle ever! Thanks for sharing.

Very simple and easy to do. The pickles came out great!

Our members have the best ideas for food gifts. Like this one!
END_OF_DOCUMENT_TOKEN_TO_BE_REPLACED

Put that slow cooker to work and rest easy knowing you have a warm meal waiting for you at the end of the day!
END_OF_DOCUMENT_TOKEN_TO_BE_REPLACED 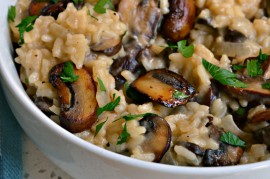 by Beth Pierce in Sides
Mushroom Risotto is a creamy luscious Italian rice dish made with...
5.00 Mitt(s) 1 Rating(s)

by Zachary in Sides
This Broccoli Salad is a delicious and light side dish for...
0.00 Mitt(s) 0 Rating(s) 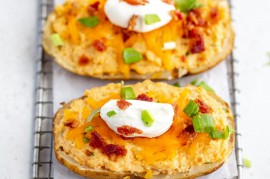 by Zachary in Sides
These creamy and flavorful twice baked potatoes are sure to be...
5.00 Mitt(s) 1 Rating(s) 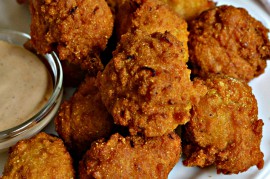 by Beth Pierce in Sides
These southern Hush Puppies are crispy on the outside and soft...
0.00 Mitt(s) 0 Rating(s) 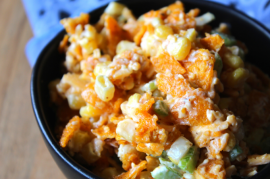