Submitted by Ree | The Pioneer Woman on October 24, 2010 in Beef, Main Courses 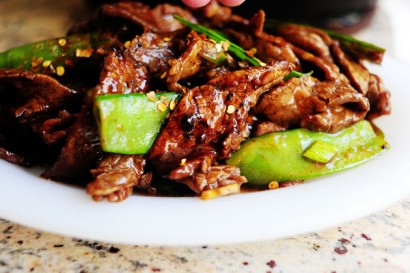 In a bowl, mix together soy sauce, sherry, brown sugar, cornstarch, and ginger. Pour half the liquid over the sliced meat in a bowl and toss with hands. Reserve the other half of the liquid. Set aside.

Heat oil in a heavy skillet (iron is best) or wok over high heat. Add snow peas and stir for 45 seconds. Remove to a separate plate. Set aside.

Allow pan to get very hot again. With tongs, add half the meat mixture, leaving most of the marinade still in the bowl. Add half the scallions. Spread out meat as you add it to pan, but do not stir for a good minute. (You want the meat to get as brown as possible in as short amount a time as possible.) Turn meat to the other side and cook for another 30 seconds. Remove to a clean plate.

Repeat with other half of meat, allowing pan to get very hot again first. After turning it, add the first plateful of meat, the rest of the marinade, and the snow peas. Stir over high heat for 30 seconds, then turn off heat. Check seasonings and add salt only if it needs it. Mixture will thicken as it sits.

Serve immediately over rice. Sprinkle crushed red pepper over the top to give it some spice. 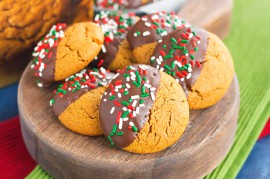 Your next favorite cookie recipe is waiting for you. Come find it!
END_OF_DOCUMENT_TOKEN_TO_BE_REPLACED 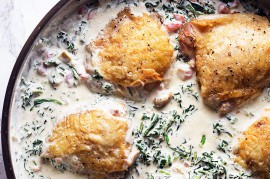 From gluten-free to dairy-free, Tasty Kitchen has a wealth of delicious recipes to meet your needs.
END_OF_DOCUMENT_TOKEN_TO_BE_REPLACED